When telling a story in a different country than the one you live in, the famous advice: ‘Write what you know’ sent me researching what I did and didn’t know.  I needed armed police officers to swarm the basement of the museum. Clearly these couldn’t be the nice friendly policeman who will help tourist find their way back to their hotel. Nope, I needed armed officers.

Fortunately, I found them. They are called AFOs: Authorized Firearm Officers. And if you have a sadist killing a woman in the basement of the museum then that is exactly who you need to call.While the largest quantity of AFO’s protect London, I was impressed with how few AFO’s there are in England and how few deaths occur compared to New York City, or Newark New Jersey. The AFO had seven incidents for the entire year of 2016 in which police discharged firearms. The New York City Police officers could exceed that in a single weekend. 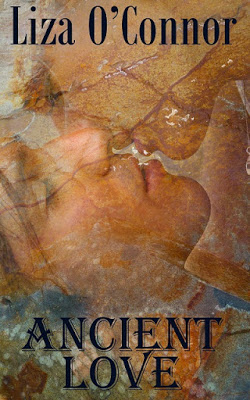 Alice has no idea that a deadly danger follows her through every life she lives. All she knows is for the first time in this life, she is happy and with purpose in a quaint museum located in an ancient castle. Only Rainier, a ghost from the past, knows the complete truth, and a curse prevents him from warning her of the dangers that will end her life, as it has ended all her lives before. But this time, a man of his bloodline has entered the battle, so Rainier is not alone in his fight to keep Alice alive and well from the demon of their past.

An intriguing tale that pits everlasting love against a deadly curse that has followed the heroine through all her lives. A ghost from her past and a good man in her current life risk everything to keep her alive. 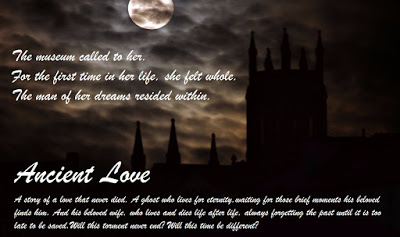 While a part of him wanted to rush immediately to Alice, if Edward had a gun, such foolishness would only get him killed.

He needed to think and be logical.

He hurried to the first floor. Upon spotting a security guard, he yelled, “Call 999 and ask for Scotland Yard. Tell them we have an armed man in the basement, holding a woman hostage and I believe she’s been harmed. Tell them we need an ambulance”

The security guard’s eyes widened for a brief second before he pulled out his cell phone.

Rein didn’t dare wait for the Scotland Yard to arrive. By then Alice could be dead. He needed to rescue her now. Carl stood before the basement door, blocking his way. Without a second thought, he slammed his fist into the side of Carl’s head. The bastard went down like a sack of potatoes.

Discovering the door to the basement locked, he knelt and secured Carl’s set of keys. He then pulled Carl’s unconscious body away from the door. Noticing the security guard had frozen in stunned disbelief, he yelled, “Make the calls!”

The guard approached. “I’ve made the calls sir, anything else you want me to do?”

“Yes. Lock this piece of shit up somewhere secure.”

After unlocking the basement door, Rein hurried down the steps to the main aisle. A rack of dresses had been pulled out into the aisle blocking his way. Slowly, he pushed open a space and attempted to push his way through. Only something hit him hard in the chest burning like hot embers. Then everything went black.
SALES LINK

Liza O’Connor lives in Denville, NJ with her dog Jess. They hike in fabulous woods every day, rain or shine, sleet or snow. Having an adventurous nature, she learned to fly small Cessnas in NJ, hang-glide in New Zealand, kayak in Pennsylvania, ski in New York, scuba dive with great white sharks in Australia, dig up dinosaur bones in Montana, sky dive in Indiana, and raft a class four river in Tasmania. She’s an avid gardener, amateur photographer, and dabbler in watercolors and graphic arts. Yet through her entire life, her first love has and always will be writing novels.
Click here For ALL Novels by Liza
(There’s over 30 now)

Thanks so much for having me over!