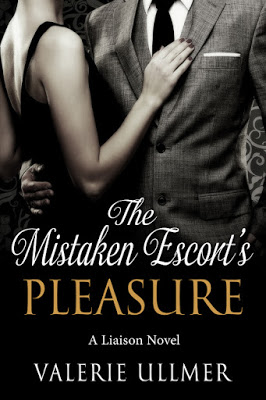 Lucian Cole was the exact copy of a successful
businessman. From his custom-tailored suits to his dedication to his tech
company, he lived for work. But lately, a restlessness had come over him, and
it had been driving him to find someone to share his life with.

The women he dated were more interested in his
money and his position in life than getting to know him, and he started to
think that he would never find the right woman. Seeing his sister’s happiness
with his best friend had given him hope that something might change, but after
years of choosing work over dating, he might had to admit to himself that he
missed the one woman he was meant to be with.

Ellie Roth loved color, art, and design, and it
permeated every part of her life. She had settled into her career over the
years, finding that she managed projects more than she designed, and each day
she found that she missed letting her creative side shine through. Although her
life hadn’t gone exactly the way she planned, she’s stunned when she receives a
wedding invitation from her ex-boyfriend and her old roommate. And now she
needs a date, the sooner the better.

At her friend Nina’s suggestion, Ellie made an
appointment with Rebecca Kane at Liaison to ask for the slim chance that one of
her escorts could pretend to be her boyfriend. What she hadn’t counted on was
meeting Lucian Cole and her instant attraction to the man. But with his
expensive suit, his perfectly combed hair, and his gorgeous face, she knew that
he wasn’t meant for her.

After presenting her request to Rebecca, Lucian
quickly offers to pose as her boyfriend. Pushing aside her attraction, she knew
that nothing could come from her interest to Lucian and scoffed at the idea.
They were complete opposites. But the more she refused, the more he charmed his
way into her life, until she found herself agreeing to the preposterous plan.

Ellie
moaned aloud as the edges of her dream faded away at the sound of light
knocking on her front door.  She threw an
arm over her eyes and ignored whoever wanted her attention so early on a
Saturday morning.
She
wanted the vivid dream to continue, where Lucian took his time running his
hands over her body as he kissed her breathless.  Her body felt like a raw nerve exposed as she
squirmed on the sheets of her queen-sized bed.
She tried to hold onto the images for a while longer.
Another
knock came, louder this time, and her dream faded into blackness.  Her eyes popped open, and she turned her head
to glance at her alarm clock.
She
growled and whipped the blankets aside.
As she sat up and rubbed the sleep out of her eyes, she wondered whether
she could ignore the intrusion.  But her
mind reached for all the possibilities of catastrophe that could have happened
last night after her friends headed home, and she rushed to the door, fumbling
with the locks.  Another knock jolted her
as she tried to get her fingers to respond to her brain’s command to open the
door.
“Hold
on a minute,” she grumbled.
A
triumphant smile broke across her face as she unlocked the fourth, and final,
lock.  As she opened the door, she
wondered whether she was still dreaming, because on the other side of her door
stood Lucian.
“Holy
crap, I’m still dreaming,” she mumbled.
His
eyes crinkled in amusement; when he smiled at her, her breath hitched in her
throat.  She clenched her fists to stop
herself from reaching for him and rolled her shoulders instead.  Several moments later, she was relaxed and
drew a few deep breaths as her eyes wandered over him.
He
was dressed in jeans and a sweater; a white collar of a dress shirt peeked up
from his neck.  Even in casual clothes,
he looked extraordinary.
“No,
love, not a dream.”
She
gazed down as the aroma of coffee assailed her, and smiled when she spotted the
handles of the bag in his hand.  She
opened her mouth to ask him what was in the bag, but a strangled sound came
from his throat.  She noticed that his
eyes widened and traveled down her body, taking his time, but when he realized
the front door was wide open for all to see in, his mouth drew into a straight
line and his face was a mask of anger.
When
he lifted his head and glanced at her, his moss-green eyes flared to life.  She could have sworn she heard a growl erupt
from deep in his chest.  Before she could
figure out why, he stalked toward her as she scrambled back into her
apartment.  She stopped a few feet away
from the door, and watched him in surprise as he slammed the door and locked it
before he set the bag and coffee on the side table by the door.
“Why
are you mad at me?” she asked.
“What
are you wearing?” he growled.
She
looked down at herself and blushed.  When
she went to bed the night before, she had on a pair of pajama bottoms along
with the white tank top she was wearing.
Sometime in the middle of the night, she must have shed the bottoms,
because she stood in front of Lucian in a pair of boy shorts and a tank top
that left little to the imagination.
Her
head jerked up at the sound of his loud steps on her hardwood floor.  Her first reaction was to back away from him,
but as her mind replayed the conversation with her friends last night, and
remembered the vivid dreams that she had awoken from, she tensed her body and
waited to see what he would do.  When he
reached her, his hands cupped her shoulders and squeezed for a moment before he
rubbed his hands up and down her arms.
“I
won’t hurt you, love.  You surprised me
when you answered the door wearing practically nothing.”  His growl was back.

Thanks so much for hosting me!

You're welcome – sorry about the white highlights.

A very tumultuous excerpt! Lucien doesn't seem like someone to mess around with! Good luck with your release, Valerie! Tweeted.

Sounds really good. But make sure you don't embed you docs into the body of an email. That leaves white backgrounds like those above.
Sheri, if you want to get rid of white backgrounds, switch to HTML, copy all the html to a word doc, then search for the word 'background'. Then remove those.

And then copy it back to your blog. (That step is important.)

Do I only remove the word background and nothing else?

It's not that easy. You need you remove Background: White and you'll need to remove Background-color: White. And sometimes you have to alter the color because true black wasn't used and blogger leaves it as dark grey which doesn't work on our backgrounds.
Life is never so easy!