If you love to read #ContemporarySuspense… 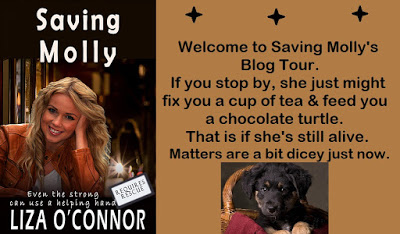 HAVING
SUPERIOR HEARING IS NOT NECESSARILY A GOOD THING.
Molly has great hearing,
which her parents discovered early on. They had her eavesdrop on a politician
and then try to blackmail him. Instead, he had the parents arrested and sent to
jail, leaving Molly a ward of the Family Foster system. That was a nightmare
she tries very hard to forget.
Since then she’s been
very careful not to let anyone know about her excellent hearing. Until she
hears a drug lord telling his thug to take the puppies to the NJ Wetlands and
gut them to retrieve the drugs.

Molly gasps in horror.
When DTX realizes she heard his boss, he goes after her. Molly’s a good runner,
but can she outlast this giant thug? 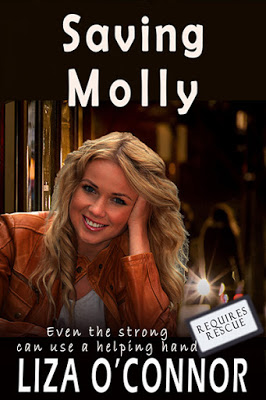 By
Liza O’Connor
Book 2 of the
Requires Rescue Series
∞
Contemporary Suspense
∞
Sometimes even the strong
requires a
helping hand.

Molly
Brown always faces life with a smile, even when a frightening thug is intent
upon killing her. At first, Detective
Sean Cushing finds Molly’s cheery disposition unnatural, especially when he
discovers the seriousness of her injuries. When she asks for police protection,
he instead offers her a job and home being a nanny to his five-year-old
daughter, hoping her cheery disposition can pull his child from her dark hole
of misery. Never did he expect he’d be proposing marriage within a day, but
life has a way of going in odd directions when Molly Brown is involved.
EXCERPT
“Hi
there. Sorry to bother you,” Molly Brown said as she flashed her smile. “Could
you call 911 and tell them a scary man is following me?”
The
man in a tailored suit, talking on his phone, stopped and stared as Molly
continued weaving through the tourists and New Yorkers moving down Broadway.
She
saw a young man up ahead and thought he
might help. “Hello, could you call 911 for me?” she asked as she beamed him her
dimpled grin. “There’s a very scary guy following me.”
The
guy slowed and looked behind him while
Molly moved on.
“Hi,”
she said to a woman, who frowned and moved away from her.
She
rather missed her childhood when her smile could get her anything she wanted.
Now it was hit or miss, and today was clearly a miss.
“Sorry
to bother you, but could you call 911?” she asked another businessman, giving
him her sweetest smile. “There’s a big scary guy following me.” He frowned at
her and moved away, continuing the conversation he was on.
Today,
it seemed her smile wasn’t working at all.
If
only she had her own phone. But she’d lost her job as a photocopy salesgirl a
week ago and along with it, her very nice
cell phone. She tried to get them to let her keep it as a souvenir, but her
boss just gripped his forehead and shook his head.
“That’s
a lovely red scarf you have,” she said to a bag lady. “I bet you have a phone.”
The
woman hugged her bag and sped up.
Molly
matched her stride. “I think everyone deserves to have a phone. I used to have
one, but now all I have is a scary guy
following me. Could you call 911 and let them know?” She finished her request
with a smile.
The
wheezing sound she’d been running from, then jogging, and now walking from was
getting louder, alerting her that she needed to make shorter requests, or the
big scary guy was going to catch her.
In
desperation, she shortened her plea as she sped up her pace. “Will someone call
911? A big scary man is following me. Anyone?” She still smiled, but no longer
made eye contact with the people she passed. She just smiled and repeated her
plea as she rushed as fast as her pulled muscles could move her, desperate to
get away from the wheezing scary guy.
BUY
IT NOW!
SAVING
MOLLY
AMAZON
DON’T
FORGET—- 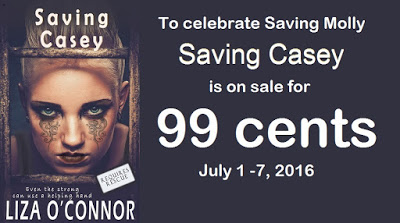 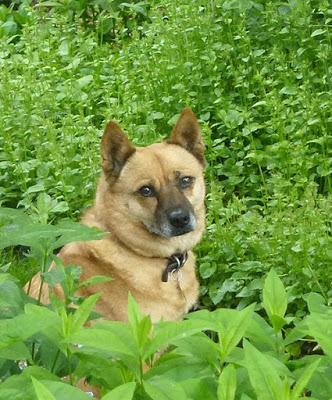 Liza O’Connor lives in Denville, NJ with her dog Jess. They
hike in fabulous woods every day, rain or shine, sleet or snow. Having an
adventurous nature, she learned to fly small Cessnas in NJ, hang-glide in New
Zealand, kayak in Pennsylvania, ski in New York, scuba dive with great white
sharks in Australia, dig up dinosaur bones in Montana, sky dive in Indiana, and
raft a class four river in Tasmania. She’s an avid gardener, amateur
photographer, and dabbler in watercolors and graphic arts. Yet through her
entire life, her first love has and always will be writing novels.