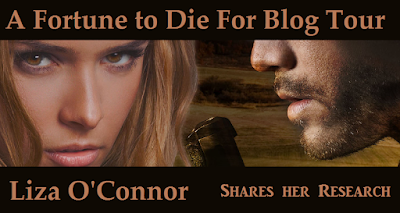 Mafia in Iowa?
As Chicago became overrun with mobsters, their tentacles reached to
nearby states. The most infamous mobster in Iowa was Louie Fratto. He was the
original Teflon Don, never convicted of a crime. He also went by the names
Lewis Ferrell and Cock-eyed. He had a brother, Frank, who was an assassin for
the mob and went by the nickname One Ear. (Probably not a good idea to make fun
of his missing ear.) 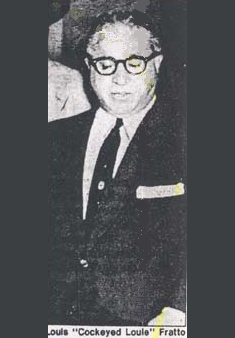 Everyone needed a legitimate business to launder their money. Frank had
an aluminum siding and storm windows business. Another brother, Rudolph, had a
garbage disposal business. Once prohibition was over, Lou Fratto’s ‘legit’
business was beer distribution.
In 1932, Fratto was connected to the Fiore mob in Chicago. The Fiore
mob would muscle in on Speak Easies and cabarets, demanding 50% of the profits
while doing 0% of the work. The owners who illegally ran these establishments
had no choice but to comply.
In 1933 Fratto was listed as the Secretary and Treasurer of the
Wardrobe Check, Washroom Attendant and Doorman Union. Sounds like such a boring
job.
In 1934 Fratto was sent to Milwaukee Wisconsin, another suburb of
Chicago. Unfortunately, he was soon arrested for gambling. To escape the
charges, Lou was sent to Des Moines Iowa, where he worked for his good
childhood friend and fellow Mafioso, Cherry Nose Gioe. By 1936 Lou Fratto took
over running Iowa while Gioe was sent back to Chicago. (Later when Gioe tries
to take control of Iowa back from Fratto, he has unfortunate accident.)
So much for ‘good friends’.
Fratto’s business front was the Iowa distributor for Canadian Ace beer.
He had tentacles in the police, the prosecutor’s office, the local courts, and
local state politicians. So he was sitting pretty. No one could touch him.
In 1958 he was subpoenaed by a congressional committee to bring all his
financial data for their perusal. He arrives with a briefcase, only it’s
locked, and because they had not subpoenaed the key, the briefcase remained
locked. He took the fifth on a great deal of questions that day. At one point,
Fratto got annoyed with their questions and asked the congressmen if they were
getting their information from imaginative spacemen. (Generally speaking, you
don’t get sassy with congressmen unless you know you are untouchable.)
In 1967, Fratto was still considered Iowa’s #1 boss. However, to be
called #1 implies there were other bosses in Iowa as well. Keep that in mind as
Fratto’s story turns south.
Some fellow said disrespectful things about Fratto and later ended up
with a chest full of bullets. Fratto was charged with the murder, and this time
he was going down. But before he could be brought to trial, he died of cancer,
thus remaining the Teflon Don to his death, never convicted of a crime.
So what happened next? Did all the mafia in Iowa disappear in a puff of
smoke?
I seriously doubt it. I believe over time, they simply found it more
economical to go partially legit.
Are annoying people still being wacked?
In fear of
being wacked, I’m not answering that.
However, in my fictional suspense romance, A Fortune to Die for, the
mob still exists in Iowa, and Benito Campinelli is determined to regain the
power his Chicago based Mafia boss father once had.
And as in the past, the mafia families don’t always get along. Benito’s
father used fellow mobster’s daughter as a shield during his escape from an FBI
bust. While Eddie escaped the FBI trap, the woman died from three shots in the
chest, all meant for him. However, she was not just the daughter of a rival
family, she was also the wife of FBI agent Cobbs. Instead of an eye for an, he
chose not to kill Eddie’s wife, Helen. Instead, he shot Eddie while the man
took a shower.
Agent Cobbs, has now retired from the FBI and is a sheriff in Iowa but
his purpose in life remains to destroy the Campinellis forever!
Benito Campinelli’s mission is to gain control of the two-hundred
thousand acres of white oaks his mother possesses, which he believes will bring
him four billion dollars to strengthen his reach and power.
Only problem: his mother has sold the land to a woman from New Jersey.
Benito owns the governor, so he’s confident, once he kills this New
Jersey woman he can retake ownership of the forest and raze it to the ground.
Seriously how hard could killing one New Jersey woman be? 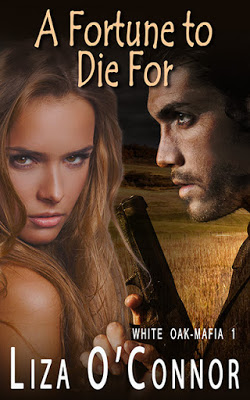 Blurb
Megan Clarke had a good life until she
wins the Mega Times Lottery and discovers the prize comes with a curse. Worse
than the many money-hungry suitors, a serial killer has her in his sight. She
changes her name and moves to Iowa with plans to buy their last major forest of
white oaks and turn it into a State Park. Unfortunately, the Lottery Curse
doesn’t stop at state lines and someone there wants her dead, as well. Good
thing a disturbingly handsome law officer is just as determined to keep her
alive.
BUY LINK
A Fortune to Die For
The White Oak-Mafia Series
AMAZON
Free with Kindle Unlimited

About
Liza
Liza O’Connor was raised badly by feral cats,
left the Midwest and wandered off to find nicer people on the east coast. There
she worked for the meanest man on Wall Street, while her psychotic husband
tried to kill her three times. (So much for finding nicer people.) Then one day
she declared enough, got a better job, divorced her husband, and fell in love
with her new life where people behaved nicely. But all those bad behaviors has
given her lots of fodder for her humorous books. Please buy these books,
because otherwise, she’ll become grumpy and write troubled novels instead. They
will likely traumatize you.
You have been warned.

Mostly humorous books
by Liza:
Ghost Lover—Two British brothers fall in love with the
same young woman. Ancestral ghost is called in to fix the situation. And
there’s a ghost cat that roams about the book as well. (Humorous Contemporary
Romance)
Saving Casey— Cass wakes up in the body of a troubled teen
who has burned every bridge imaginable. Her only choice is to turn this life
around, but that’s much harder than she ever imagined.
Untamed & Unabashed—The youngest of the Bennet sisters, Lydia,
tells her story. A faithful spinoff from Pride & Prejudice.
A
Long Road to Love Series: (Humorous Contemporary odd Romance)
Worst Week Ever — Laugh out loud week of disasters of Epic
proportions.
Oh Stupid Heart — The heart wants what it wants, even if it’s
impossible.
Coming to Reason — There is a breaking point when even a saint
comes to reason.
Climbing out of Hell — The reconstruction of a terrible man into a
great one.
The Hardest Love — Is to
love oneself. Sam’s story.
The
Adventures of Xavier & Vic Sleuth series: (Late Victorian/Mystery/Romance)
The Troublesome Apprentice — The greatest sleuth in Victorian England
hires a young man who turns out to be a young woman.
The Missing Partner — Opps! The greatest sleuth in Victorian
England goes missing, leaving Vic to rescue him, a suffragette, and about 100
servants. Not to mention an eviscerating cat. Yes, let’s not mention the cat.
A Right to Love — A romantic detour for Jacko. Want
to see how amply rewarded Jacko was when he & Vic save an old woman from
Bedlam?
The Mesmerist — The Mesmerist can control people from afar and make them murder for
her. Worse yet, Xavier Thorn has fallen under her spell.
Well Kept Secrets — The problems with secrets is that they always come to
light, no matter how you wish to silence them.
Pack of Trouble — Changes are a part of life, but these changes almost kill
Vic.
The
Darkest Days — Muddled cases make Vic very grumpy.
FOR
MORE INFORMATION ABOUT
LIZA O’CONNOR
Investigate
these sites:
Liza’s Blog and Website   Facebook   Twitter 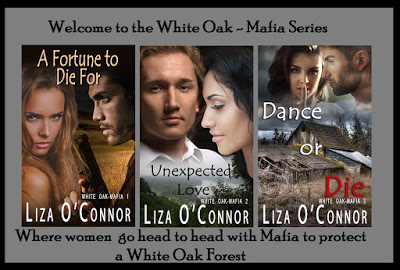 Thanks so much for having me over. Let's all say high to those disappearing mafia men.

I was amazed how dangerous & corrupt Iowa once was.

It's IOWA! Not Vegas or DC. I thought only corn-fed boys came from IOWA. Well, that and political nominations or something.

I loved this book. It's a fabulous read and a warning if you want to win the lottery! 🙂

Awww that's so sweet of you to say…