I
don’t recall exactly when, but a newcomer had joined the online romance writer’s critique
group I belong to. And he was a man!
Oh the titters that followed.
That
is, until we engaged him in conversation. Not only did this male romance writer fit nicely into our all-female
group, we grew to have a deep respect for our newest member.
I’m
pleased to spotlight…
STARFOX
HOWL 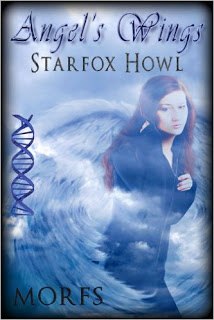 Angel’s Wings
The
year is 2068 and the MORFS outbreak is worldwide. Science has found no cure,
just better ways of keeping alive those sickened until the symptoms pass.

Angel Sanderson was stricken by the once deadly syndrome the first time when
she turned ten years old. After five years living trapped in the body and mind
of an eight-year-old with butterfly wings, she is one of the rarest victims,
someone in whom the syndrome is triggered a second time. The young woman who
emerges is truly an angel, tall, lovely and a flyer with wings who can soar to
the heavens.

On the first day at a school just for MORFS survivors, she meets a boy with a
troubled past. Her attraction to him is real, but can their young love survive
the trials of life and family without crashing and burning? 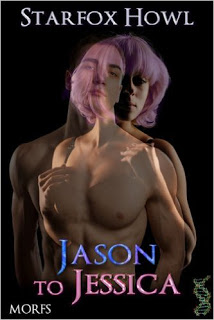 Jason
To Jessica
Jason
Ryerson wakes from sleep in a different room and a different body. In the hour
after waking up, he learns that he has been a victim twice over, first of a car
accident that caused massive injuries to his old body. Secondly, and more
devastatingly a victim of the MORFS plague.

Jason, now Jessica, learns what it means to be on the other side of the bed.
Outwardly a beautiful woman, she is forced to come to terms with how the world
views women. As ties to her past are confronted, dissolved or strengthened,
Jessica turns her attention to her future. A man who knew her as both Jason and
now Jessica becomes more than just a friend. With no secrets between them, will
he help her find her way into the world of being a woman? 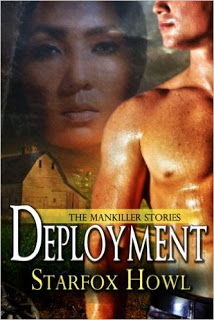 Lisa
Mankiller is spending her pre-deployment leave at the ranch of neighbors when
she meets Todd Lawson, a city boy, friend, and lover, of Jake Winthrop, someone
she’d not seen since departing for Navy Corpsman school years before.

Witnessing how abusive Jake has become, Lisa works to rescue Todd, unaware that
her heart has other plans.

The Navy is sending her to sea for a year. Will someone be waiting for her when
she returns? 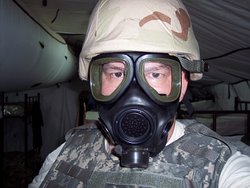 Starfox Howl is a former
Marine brat who spent time seeing the world as a U.S. Navy sailor. Between stints
of peaceful civilian jobs working on computers, he spent five years in Afghanistan,
working on computers, riding in helicopters and getting his first book
written.  He now makes his home in Georgia, outside of Atlanta, where he
takes care of his family by writing, and…working on computers.
Amazon
page:  http://www.amazon.com/Starfox-Howl/e/B005E8NBC2/ref=sr_tc_2_0?qid=1453749032&sr=1-2-ent
Facebook:
https://www.facebook.com/Starfox-Howl-Author-180250358698918/
I welcome your comments about this original, fresh new author!
XO,
Sheri
Subscribe

Tweeted. I admire his service to our country! Wish you much luck Star Fox!

Thanks for stopping by, Melissa.

I love his snappy sense of humour.
Tweeted.

Thank you for sharing!