Welcome to the 108thweek
of My Sexy Saturday!
This week’s theme: Talk
Sexy to Me.
It’s here. It’s finally
here! 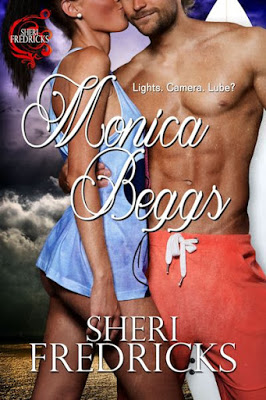 We know all about
talking sexy. Lovers have a special language that only two of them share. The
hidden looks, the longing gaze, the love shining in their eyes all accompanied
by sexy, sexy words. Sometimes, they are whispered, sometimes spoken aloud and
occasionally shouted from rooftops.
Authors are very good at
those sexy conversations. We love sexy and it’s always so fun to share.
Here’s
a very sexy scene:
Ex-Special Ops and surfing businessman Finn Daniels has
secured the much sought-after adult film actress Monica Beggs to safety. Nobody
will think to look for her aboard a rented yacht… or will they?
******************
Stripped of her clothes and poised in
nothing but her skimpy thong and outrageously tall high-heeled sandals, Monica
looked adorable chewing her plump bottom lip.
She rocked her hips side to side. “I’ve
never had boat sex.”
“You haven’t?” One of her movies came
immediately to Finn’s mind. “What about Horny
Blowers – High Seas Hijinks? That was filmed on open water, wasn’t it?”
She slowly shook her head, passing her
tongue over the spot she’d been nibbling. “Mostly in-studio. And the deck
scenes were shot within sight of the dock.”
Monica turned for the king-sized
captain’s bed, crawling up the comforter with her sweet ass pointing back,
beckoning to him like nectar to a bee. The vivid red soles of her strappy heels
were sexy as hell, as was her sleek toned body and wide spread thighs.
“Finn?”
He swallowed to move his paralyzed
tongue stuck to the roof of his dry mouth. “Yeah?”
“You going to stand there with your
pecker in your pocket…or can he come out and play?”
The yacht swayed gently in the slip. It
took all of his strength to keep his legs from wiping out from beneath him. If
he did happen to fall, he crossed his fingers that Lady Luck would plant his
face smack-dab between Moni’s luscious thighs.
“He can play.” Finn lurched a step
forward, and then another. Keeping his knees locked and moving stiff-legged
like some kind of Frankenstein.
Turned on was one thing. Ready to
embarrass himself was another, and Moni had him that hot.
She patted an empty space on the bed
beside her, smiling at his concentration to make the distance to where she lay
all sexy. “Walk over here.”
Walk, hell! Finn’s noisy second brain
triggered his suddenly spring-loaded legs. As if he’d transformed into a comic
book superhero, he leaped the short distance in a single bound.
*****************
Pick up your copy today!
Amazon.com               http://amzn.to/1JtCXAW
Amazon.co.uk             http://amzn.to/1NGHFBn
Amazon.ca                  http://amzn.to/1PQ6tX1
Amazon.com.au          http://bit.ly/1Jh5MBo
Subscribe

Wow. Just wow. What a fabulous snippet, Sheri! I love the fact that she's an adult star and flaunts it when she wants. Thanks for sharing and being part of My Sexy Saturday.