Welcome to the 111th week of My Sexy Saturday.
This week’s theme: Sexy Today
Sexy means different things to different people: from sweet to sensual to smoking hot. Today. we authors will post whatever we want (within the normal rules). We’ll make it sexy, sexy and more sexy!
For the readers, please visit us at our new Author Central where we’ll be sharing even more from our authors. It’s also the place to hear all about our 100th week Anniversary Bash next Thursday, Friday, Saturday and Sunday. Get all the details for all the prizes we’ll be giving away. We’d love to have each and everyone of you there.
Sexy has nothing to do with looks or status or even wealth. It doesn’t demand perfection and it isn’t pretentious — but it does make us want to read those books!
We know that everyone has their own idea of sexy and we all love sexy!
I’m sharing a Steamy scene from my latest Contemporary Romance Action-Adventure: 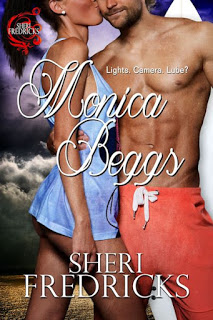 Each time Monica skated to the
top, she held him with a tight grip and flat-tongued his sensitive underside in
a side-to-side motion. Her free hand massaged his balls, encouraging the ache
to build.
“That feels so good, babe.” He wanted to purr like a kitten. “Much more and it’ll end too soon.”
She complied, releasing him
from her lips, but not her hands. Tilting her head back, she took his left
testicle into her mouth and sucked gently. If the sweet torture wasn’t enough,
he endured pleasure-pain when she ran her tongue from his perineum all the way
to his thrumming tip. As she nibbled softly, she hummed her pleasure. The
vibration acted like a jolt of lightning to his system.
Finn’s eyes rolled back. His
brains splattered the inside of his head as if the grey matter were made of
popcorn. At a slight tug from down below, he reapplied his blurry vision.
Under his straining erection,
Monica’s beautiful smile drifted into focus. She held his scrotum’s loose skin
between her plump red lips. Before the point of pain, she let go.
“Mmm, spicy.” Her grin turned
positively devilish. “You ready to accept defeat, Big Kahuna?”
Finn somehow managed a half-step back on legs
the consistency of spaghetti and lifted the porn star to her feet. “We’ll see
who the victor will be. Lose the dress.”
Available at these locations:
Amazon.com               http://amzn.to/1JtCXAW
Amazon.co.uk             http://amzn.to/1NGHFBn
Amazon.ca                  http://amzn.to/1PQ6tX1
Amazon.com.au          http://bit.ly/1Jh5MBo