I’ve been tagged!
Kate Baum tagged me on Facebook to play 7×7. Seven lines from page seven of the current book I’m writing. 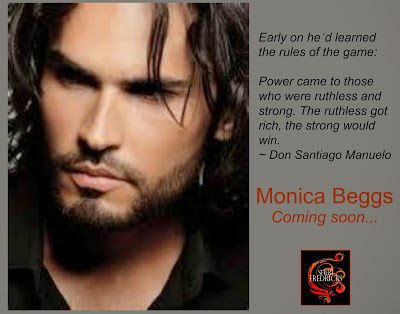 I’ll set the scene:
Successful businessman and hobby surfer Finn Daniels (our hero) is waiting to catch the ferry back to the mainland. His background consists of time spent in the military and he’s trained to see things most civilians miss — like the group of huddled men he finds suspicious.
Just who are they after?
Here’s seven unedited lines from my Contemporary Action-Adventure Romance:

Monica
Beggs
Finn turned his focus to the four dubious predators. The poor
saps had no clue what to do with themselves and he found it rather humorous.
After watching them bumble in their seats for an additional twenty
minutes, he surmised they were outside their original mission plan. He’d bet
his original Kelly Slater surfboard the rats never predicted being
delayed in the ferry terminal. As it was, they’d been forced to act upon an unplanned
scenario, one in which they hadn’t trained, and their anxiety levels were shooting
up.
In his old unit they used to call men like that a bag of dicks. For this unprepared group, they had a problematic
situation on their hands. Finn surmised the original plan was to board the
woman’s ferry at last call, then make their move only after she stood at the gangway
to disembark.
At least, that’s the way he’d have done it.
*****
Okay, so that was nine lines. *Grins*
If you have a 7×7 you’d like to share, and I hope you do!, please use the comment section below and post away!
Subscribe

Thank you. I appreciate you taking time to stop by and leave a comment. Have a great weekend!