Jenna Jaxon – Only Marriage Will Do 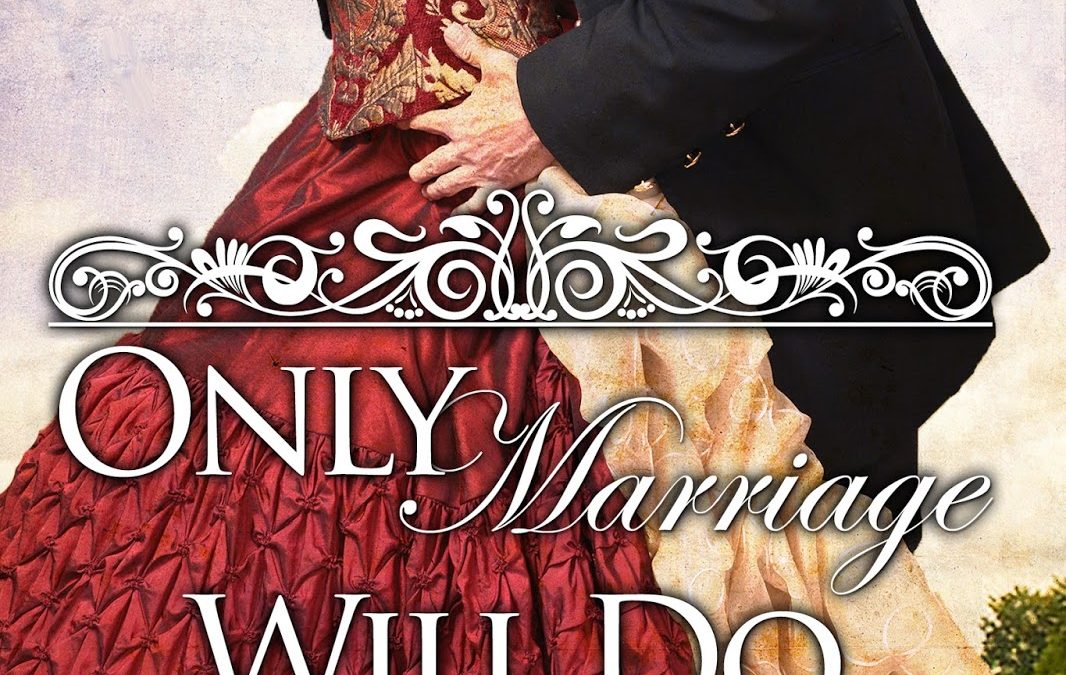 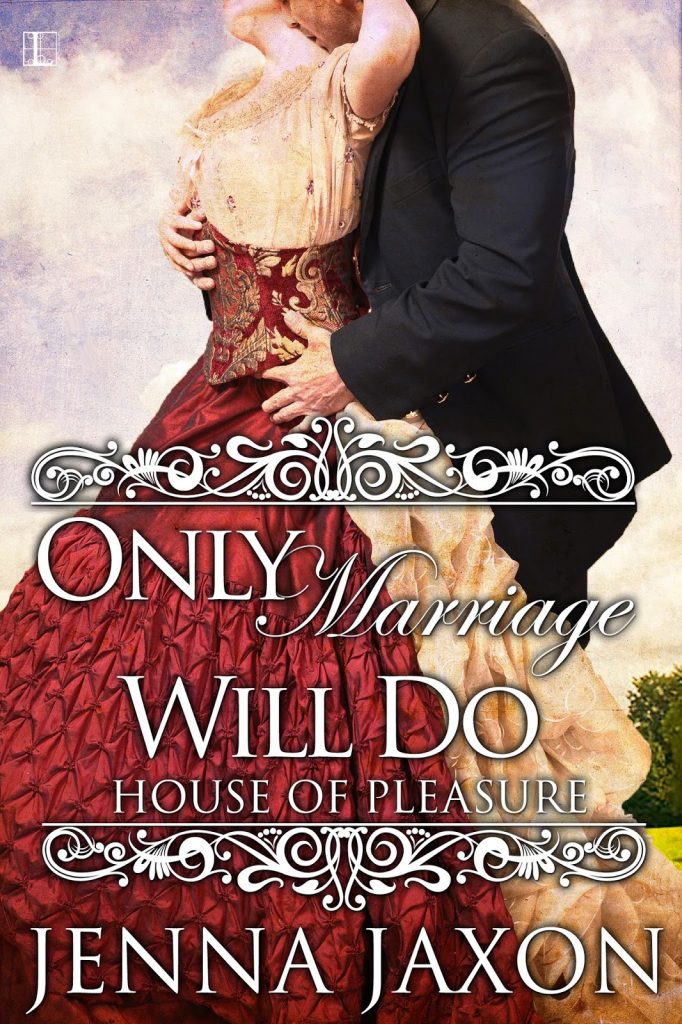 Not every happy-ever-after
begins at “I do.”

When the hero of her dreams
rescues Lady Juliet Ferrers from the man claiming to be her husband, she is
sure she has found her one true love.
But is she free to marry him?  Not
to be deterred, Juliet arranges for her hero, Captain Amiable Dawson, to escort
her to her family estate, hoping that along the way she can win his love.
Amiable is charmed by the sweet,
beautiful woman he rescued, and although he has grave reservations about her
marital status, he allows himself to be swept up into Juliet’s romantic spell
and the promise of a happy-ever-after.
The spell breaks when legal
questions arise and Juliet faces the horror of not knowing if she is married to
her knight in shining armor or the cruel viscount who is determined to have her
at any price.
EXCERPT:
London July 2, 1761

The brass lion-head knocker under Amiable Dawson’s hand sent
a sharp rap through the dark walnut door of Dunham House for the second time.
The hot July sun hadn’t done his temper any good as he waited on the marble
stoop for entrance to the Marquess of Dalbury’s townhouse. He’d been in a foul
mood ever since the news of his beloved Katarina’s marriage to the marquess had
reached him. Blast it to hell, he was supposed to have married the girl. At
least he could make sure she was well and well taken care of by this man she
had married.
At last a short, dark-haired maid opened the door. She took
one look at him, gasped, and stepped back into the house. Her eyes widened and
she glanced to her right, wringing her hands. “Who may I say—”
A man shouted from within. “No, I do not believe you.”
“It is true, I tell you!” A woman’s voice, raised and sharp
with terror, sent a chill through Amiable.
Katarina. What in
God’s name?

He barged past the stunned girl and strode down the hall
toward the commotion. He burst through the doorway, expecting to defend the
woman he loved, only to stop dead at the sight of a man lunging across a sofa
and grasping a woman by the wrist. Amiable had half drawn his sword before he
realized the woman was not Katarina, but a complete stranger. He dropped it back
into its scabbard.
This was none of his affair
The young man, foppishly dressed in a robin’s egg blue satin
coat dripping too many layers of frothy lace at throat and wrists looked at
Amiable, a snarl on his lips.
Taking advantage of the distraction, the woman wrenched her
arm from the man’s grip. “Praise God. Here he is.” She staggered as she righted
herself. “Now you will have to believe me, Philippe.”
The fop scrambled back off the sofa and groped for a black
lacquer walking stick that lay on the floor. Lips pressed together, he glowered
at the woman. “That remains to be seen, ma
chere. In any case, I have shown you the papers. They speak for
themselves.”
The woman ran from behind the sofa to Amiable’s side, grazed
a kiss over his cheek and whispered, “For God’s sake, help me. I am alone here
and he is trying to take me away. Please, agree with whatever I say.”
Smiling into her pleading face, he grasped her hands and
gave them a gentle squeeze to signal his acquiescence. “Whatever is the matter,
my dear?” Hell if he knew. But he could play his part, even with little
information. Let the lady lead and he’d follow as well as he could.
The woman smiled then took a deep
breath. “My dear, may I present Viscount St. Cyr?” She nodded toward the fop.
“Philippe, this is my husband, the Earl of Manning.”
BUY LINKS:

Thank you so much, Sheri, for hosting my cover reveal today! 🙂