Take it over, girlfriend! 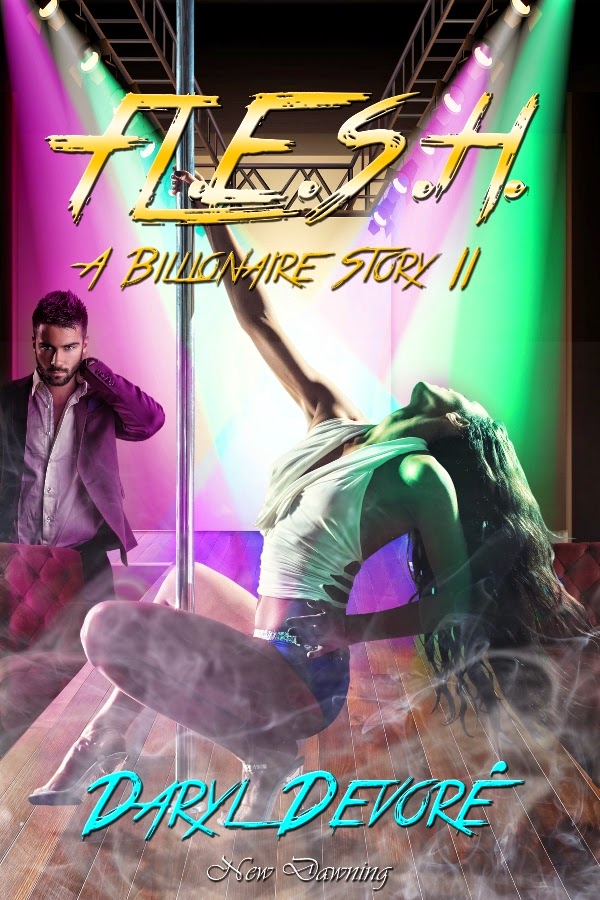 The warmth of someone’s
butt pressing into his belly broke through Peyton’s sleep. He blinked, yawned,
and opened his eyes. Flame snuggled next to him, asleep with a small smile on
her lips.
What an unexpected
discovery she’d been. The memories of last night tried to push forward. He
rubbed his face. No. He couldn’t think of her. Enjoy her and move on. He had
business issues to solve. He didn’t need a complication. Especially one as
enticing as Flame.
If the situation were
different, there could be a chance he’d continue this relationship, but he most
likely knew the outcome. His love life’s track record wasn’t outstanding.
He crawled out of the
warm sheets, away from the distractingly hot body still asleep on the bed, and
padded to the bathroom. After finishing a quick shower, he exited the bathroom
with a towel wrapped around his waist.
“Good
morning.” She lay sprawled on the center of the bed, her short brown hair,
mussed in a sexy-as-hell bedhead sort of way. His hands itched to massage her
small, but firm and delicious, breasts. His cock twitched as his gaze lowered
to her bush, where he knew a nirvana hid that he wished he had years to
explore.
“Morning. Sleep
well?”
She stretched.
“Passed out. What time is it?”
His resolve broke. He
dropped the towel and sat next to her on the bed. “I think it’s time that
I give you a proper good morning.”
“I think I love
the sound of that.” She giggled. “Back in two secs.” She bolted
across the room. A moment later she jumped back onto the bed and squirmed her
perfect ass against the sheets.
He leaned forward. His lips meeting hers, softly at first, but passion
bubbled, and their tongues danced about each other. A jolt hit his cock as she
raked her teeth across his bottom lip. He kneaded her flesh. Her erect nipples
peaked out from between his fingers. When he tickled his fingertips across her
nipple, she closed her eyes and sighed.
“Open
your eyes. Why do women always hide? Watch me. Watch how you respond. You’re so
hot. Your nipples react so—” He interrupted himself by wrapping his lips
around her right rosy bud and caressing it with his tongue. “See. Look how
firm and… perky it is.”
Flame
giggled.
He shook
his head. “Yes, I said perky. I don’t think I’ve ever used that word
before, but it describes your nipples perfectly.” He leaned over and
brushed a kiss across her left bud. It quivered. His lips parted. He licked her
pink flesh and then slipped her nipple between his teeth, closing his lips
around it.
Flame’s
back arched, pressing her breast into his face. Her breaths lengthened to long,
deep, contented sighs.
While he
lost himself in the pleasure of her breasts, Peyton stroked her dark brown
patch of hair. He tapped the insides of her thighs, asking her to open her
legs. Spreading her nether lips, he slid his finger from her pussy to her clit.
He caressed the sides and circled her nub.
Flame
tensed. Moans rumbled in her throat. Peyton slipped a finger into her wetness
and stroked her. He adjusted his position so his finger faced upward, tickling
the inside of her while his thumb made random circles on top of her clit.
She gripped
the sheets, pulled her knees up, and splayed them to the sides, giving him more
room to maneuver. He increased his speed and was rewarded with a moan and a
first spasm. Her muscles clenched on his fingers. She gasped as her whole body
tensed.
He didn’t
stop. He kept a steady pace, helping her revel in her pleasure. With a shudder,
she relaxed. Placing a gentle kiss on her cheek, he whispered, “That’s the
proper way to say good morning.”
*****
FL. E. S. H.
Flame’s Electrifying Sexy Heat
When secrets conflict with dreams, love explodes.
After a mistake by a surgeon’s scalpel shattered
Fuchsia Quinn’s dance career, she picked up the pieces of her life and moved
forward. As the owner of a small, struggling dance school in a depressed
neighborhood she supplements her income with a late night job at a dive bar.
Haunted by the fear of humiliation, if her secret is revealed, her life was
under control until the night he walked into the bar.
Peyton Lang, having run from a bad neighborhood, lives
the lifestyle of a successful billionaire. Frustrated that his current
multi-million dollar project is stalled, Peyton drops in to LEATHER-ICIOUS for
a simple drink and late night entertainment. What he saw was a beautiful
redhead. What he found was he wanted her.
After a lusty night with a hot pole dancer, Peyton and
Fuchsia’s worlds are about to collide.
US Amazon link – http://www.amazon.com/Flames-Electrifying-Sexy-Billionaire-Story-ebook/dp/B00UY6M7VK/ref=sr_1_fkmr1_1?s=books&ie=UTF8&qid=1427034993&sr=1-1-fkmr1&keywords=FLESH+Daryl+Devore
CDN Amazon link – http://www.amazon.ca/Flames-Electrifying-Sexy-Billionaire-Story-ebook/dp/B00UY6M7VK/ref=sr_1_fkmr1_1?s=books&ie=UTF8&qid=1427034993&sr=1-1-fkmr1&keywords=FLESH+Daryl+Devore
Kobo – https://store.kobobooks.com/en-CA/ebook/f-l-e-s-h-flames-s

You can find Daryl at these locations:

Thought I'd warm up everybody Friday for them.

Well good morning to you, too. Thanks a lot from a woman who lives alone! 🙂

You're up early today 🙂

Well hot freaking damn, chick! That was smoldering.
This is an awesome story.

The Santa Ana winds couldn't warm me hotter than that excerpt!

This is an amazing story! Very hot! And one I highly recommend everyone buy!!