Cowboys are heating up the summer!

One lady I met when I first started to write is now a multi-published author with a cowgirl attitude. (Can I get a YEE-HAW??)

Not only does she write of the authentic cowboy and his fading way of life, she also lives the dream!

Please help me welcome D’Ann Lindun and her latest western romance to
The Flames. 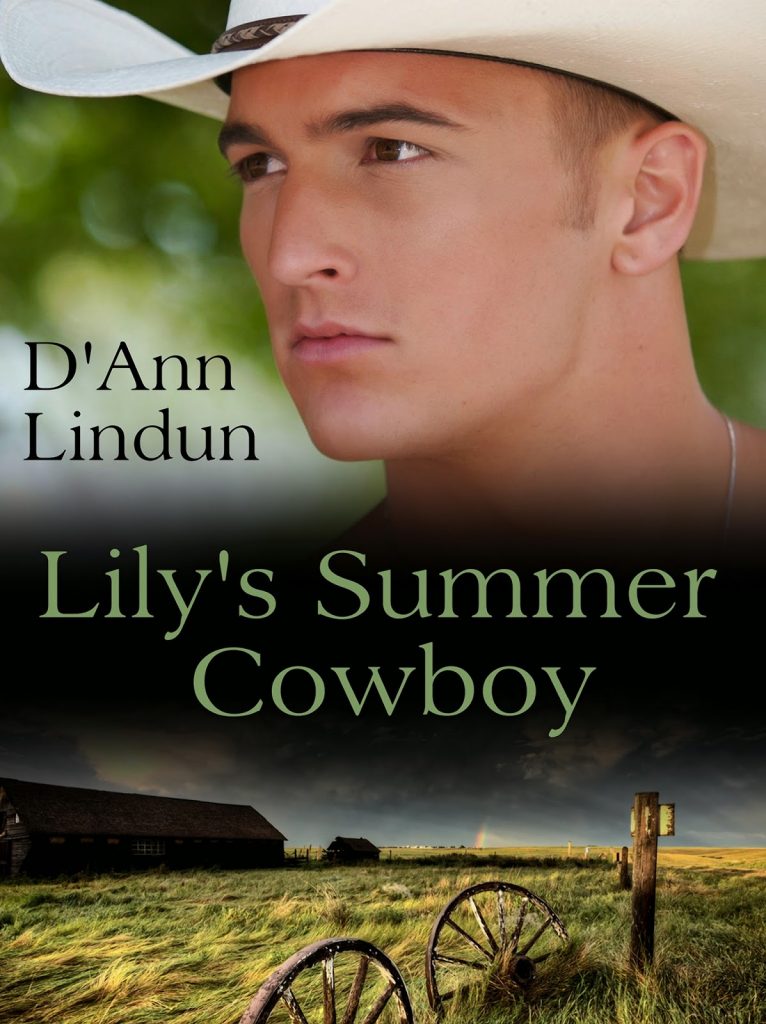 Blurb: Afraid to love, Lily
Halderman is determined to never feel despair like when she lost her husband to
cancer. Left alone to continue their custom farming business, she struggles to
stay afloat, both financially and emotionally. Until Will comes along to help
with the farm, impressing her with his hard work ethics, and presenting a
danger to her heart because he is just the kind of man she could love.
Will
Wainwright is running from the pain of the past. Feeling responsible for the
death of fellow soldier—the woman he loved—Will takes a job working for Lily,
hoping the dawn-to-dusk labor will help him forget his sorrow. But, Lily’s grit
and determination to move forward catches him off guard.
Friendship
turns to passion …but can they heal one another?
Excerpt:
“Make
love to me, Will.”
For
a moment, she didn’t think he was going to respond. “Are you sure, Lily? Even
after what I just told you?”
“I’ve never been more certain of anything in
my life.” Placing her hands on either side of his head, she bent forward and
brushed his lips with hers. “Now make love to me.”
“Yes, ma’am.” He pulled her on top of him and
circled her waist with his arms, holding her against his big body. He slid his
hands down and cupped her behind, sending a shiver rocketing up Lily’s back.
Mounting
him, she rocked against his erection pressing against the middle seam of her
jeans. Wet heat flooded her and she squirmed against his rigid penis.
She
sat up to allow him take off her top; he threw it aside. She unsnapped the
buttons on his western shirt and he shrugged out of it. Goosebumps rose on her
skin when he undid the front clasp of her plain white bra. With a gentleness
that belied his urgency, Will slid the straps from her shoulders, baring her
breasts to his hot gaze. Splaying his hands across her upper back, he tipped
her forward and took a beaded nipple in his mouth. Lily moaned and dug her
fingers into his chest as he sucked deep.
When
he changed sides the cool evening air caressed her damp, erect nipple. A wave
of unbridled desire washed over her and she pressed her center against the hard
length of him again. A moan of dissatisfaction slipped out of her.
He
took his mouth from her breast. “That’ll work even better without clothes.”
Uncertain,
she hesitated. Should she undress herself first? Or him?
“Let me.” Will reached for the snap of her
jeans. She slid off him and onto her back to wriggle out of her snug Levi’s.
After Will helped her, he kicked free of his own boots and Wranglers.
In
the dappled moonlight he was magnificent.
Muscled.
Masculine. Male.
He
settled on top of her, but held his weight off with his elbows.
She
swallowed. “Will, I—”
He
silenced whatever she planned to say with a kiss. His lips covered hers, prying
them open to taste, tease and torment until she gasped. The hair on his chest
brushed her erect nipples, making her stomach clench.
Holding
himself up with one hand, Will pinched her nipples between his fingers until
she thought she’d scream. Maybe she did. She wasn’t sure.
Will
settled his weight between her thighs, the tip of his erection prodding her
damp opening. He slid a hand between them, over her clit. She did cry out then.
And dug her nails into his shoulders.
“I can’t wait.” She arched her hips. “Please.”
“Hold on, baby.” He reached for his jeans and
withdrew a condom from a pocket. Slipping it over his straining cock, he moved
over her again. She lifted her hips and he slid into her in one fluid motion.
“Oh, God.” Lily wrapped her fingers around his
biceps.
“All right?”
A
little uncomfortable, but she wouldn’t be anywhere else at that moment.
“Uh-huh.”
He
wrapped a hand in her hair and bent her head a little to nip her jaw and neck.
Slowly, he moved his hips, until she began to match his pace. The discomfort
faded, replaced with pleasure. Little crimps in her lower belly built until she
thrust her hips into his, each time a little faster until they met in a frantic
heat that led them both to a shattering crescendo in near unison.
“You
okay?” he asked near her ear, his breathing harsh.
How
to answer? She’d gone to the moon and back. “Perfect.”
He chuckled. “Good.”
“Yes, you are.”
His
chuckle turned to an outright laugh. “Thank you.”
Buy: http://www.amazon.com/dp/B00L6J9S20 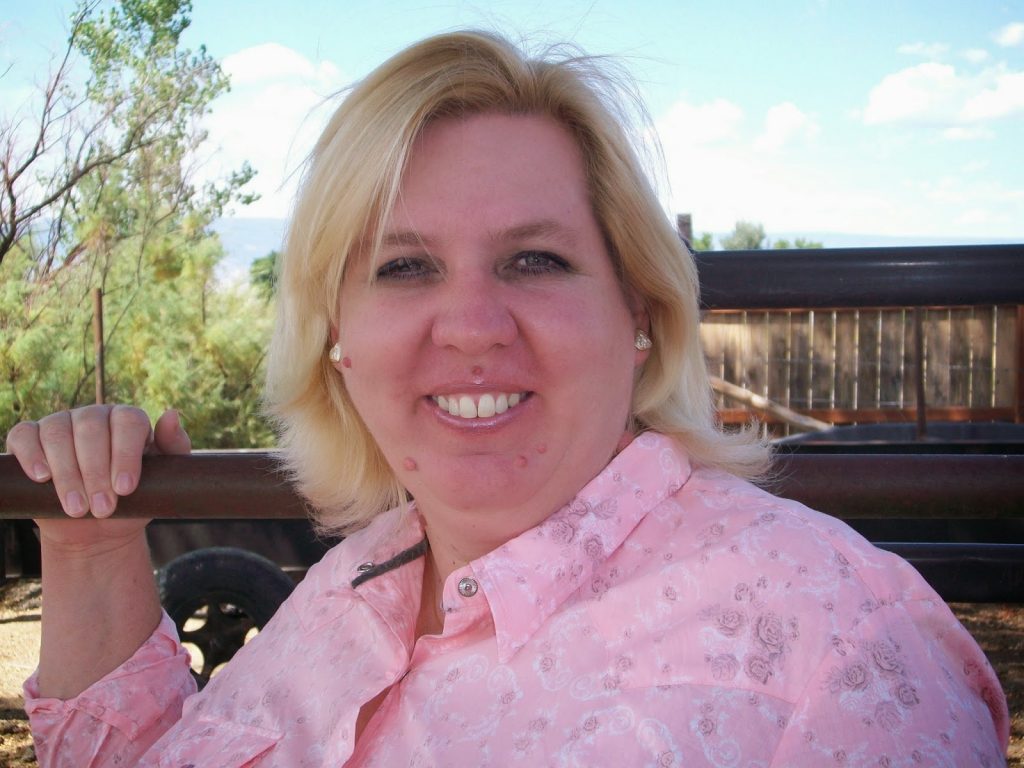 Falling in love with romance novels
the summer before sixth grade, D’Ann Lindun never thought about writing one
until many years later when she took a how-to class at her local college. She
was hooked! She began writing and never looked back.
Romance appeals to her
because there’s just something so satisfying about writing a book guaranteed to
have a happy ending. D’Ann’s particular favorites usually feature cowboys and
the women who love them. This is probably because she draws inspiration from
the area where she lives, Western Colorado, her husband of twenty-nine years
and their daughter.
Composites of their small farm, herd of horses, five
Australian shepherds, a Queensland heeler, two ducks and cats of every shape
and color often show up in her stories!
D’Ann loves to hear from readers!
Please contact her at:
dldauthor@frontier.net
http://dlindunauthor.blogspot.com/
http://www.facebook.com/DLindunAuthor
http://www.amazon.com/DAnn-Lindun/e/B008DKL9TU
I hope you’ll all join in with a sexy excerpt of your own – and don’t forget those buy links!

Let’s scorch a few readers with some HOT Friday FLAMES! 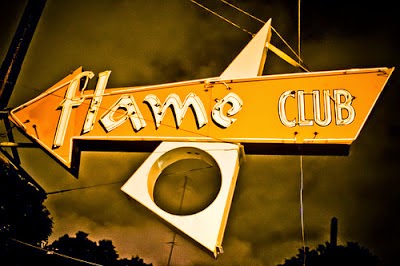 Thank you for having me over today! Yeehaw!!!

Wow…that is hot! Where can I find a cowboy like that??

Happy 4th! I'm with Melissa, I live in the southwest and while I see cowboys, ones that look like the one on your cover are not so common! Tweeted!

you're not looking in the right places!