No fork required for this waffle 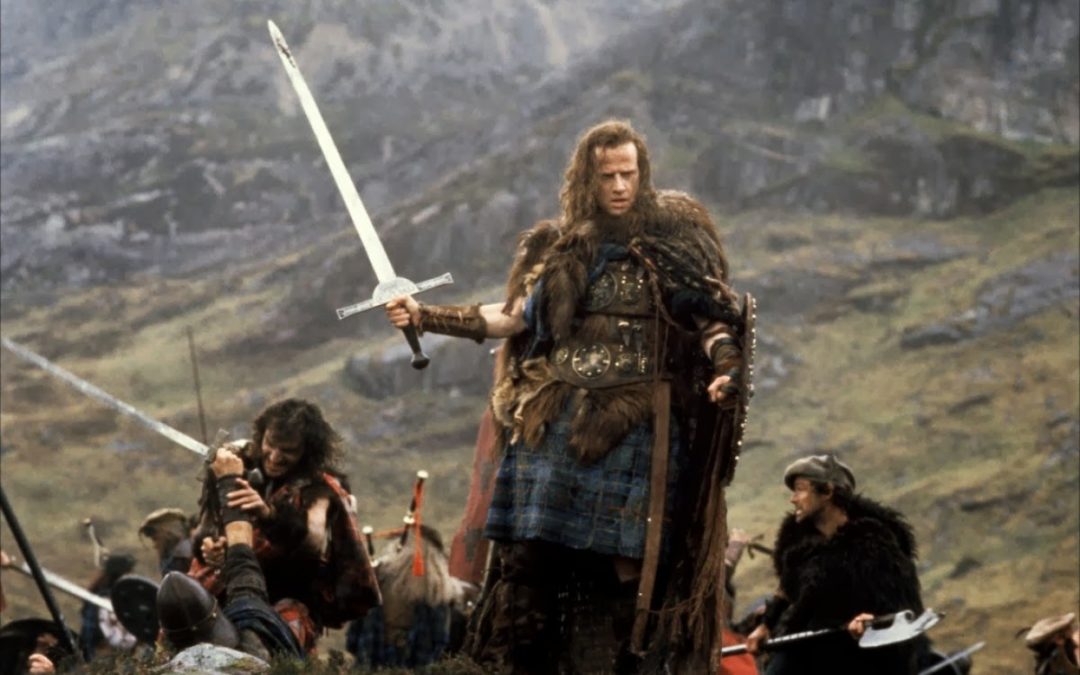 I have a critique partner who writes amazing
historical Scottish Highland romance. She’s yet unpublished, but I know she’ll soon find her place in the literary world. 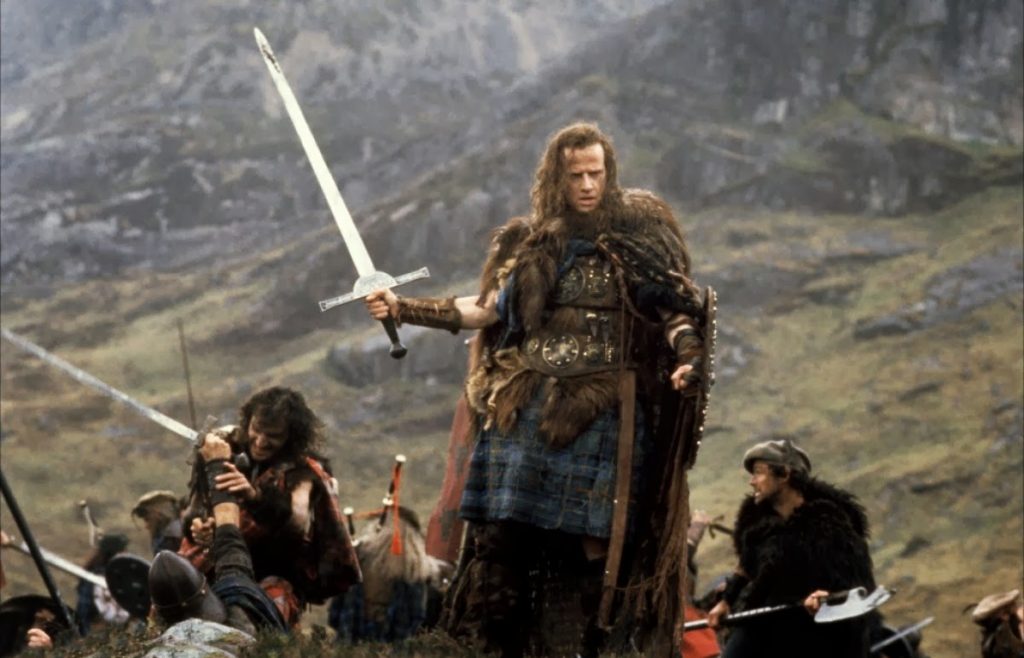 As with all new writers, and I was no different, she’s
waffling in indecision of whether to pursue publication via Traditional with an
agent, Indie publishers, or Self-publish on her own.
While that may not mean much to readers because, after
all, you just want to read the damn book, this is one of the toughest decisions
a new author faces after entering the writing world.
There’s no going back to restart the beginning of your
career. There are no do-overs — not unless you reinvent yourself under a new
name, that is. This decision will set your course for the next few years, if
not longer.
She asked what I thought, and I told her it’s a crap
shoot. It depends on a variety of things:
v  What you’re
willing to give or take
v  How much time
and money you can invest
v  If you’re
willing to educate yourself  (which
relates to the bullet point above)
I started out by seeking an agent to represent me. With suggestions
of a few published author friends, I submitted my work to ePublishers. I made
the choice to take a chance on a new Indie publisher when a contract was
offered.
Folks, some gambles just don’t pay off. It’s part of
the crap shoot. The new ePublisher closed their doors unexpectedly four days
after Remedy Maker hit the virtual shelves. I’d been a signed author for less than six months.
Ouch – reality bites.
For every new author, there’s a different answer on
which way to throw your career dart. I don’t think one publishing method fits all. Perhaps
multiple streams of publication is the answer.
I don’t know. I’m still trying to figure it out.
Have you been affected by the rise and fall of an
Indie publisher? Has Self-publication been overwhelming and not what you
thought it would be? Are you happy to write your stories and let your agent or
Traditional publication house handle the rest?
I’d love to hear your opinion of the world of publication — pro, con, or indifferent.
Subscribe

This was so WELL-SAID, Sheri!!! I enjoyed reading your post. And what a pretty pic of you!!! Beautiful!!!

Thank you for stopping by, Mart. I was asked about which way to publish by a new author again this morning. The answer is as varied as there are people and personalities. (and a big purse can hide many things!)

Dip that toe many, many times!

I am traditionally published by a long standing big house. I too had to make a decision whether to publish with a small house (yes, I had offers I turned down which is really hard to do when all you want to be is published), self-publish, or traditionally publish. I decided to try the traditional route, and I'm happy I did. Was it easy? No. But, for me it was fast and I think the reasons are that I didn't just query 5 or 10 agents and publisher, I queried 40. Though at the time it seemed more like 100.… Read more »

Ella, you might have heard me SQUEE way over here on the west coast when you signed your contract. Good for you on never giving up! You did everything the right way, and you did it YOUR way.

I think you have to go the way your personality leads you. I tried an epublisher after I self published six books and hit #1 on Amazon, and it wasn't a good fit. We separated and wished each other well. Self publishing is just a better fit for my personality and time, but it is a heavier load you carry.

Oh! So true! Everything you said, I'm nodding to.

We were both with that same Indie publisher…what a shock. I like Self-pubbing, but still chasing that elusive NY contract.

I believe it was you who called me (at 6AM!) to let me know their doors had closed. I remember it well. I still believe in traditional publishing. Maybe one day I'll go for it again. I feel like…and this is silly…it's validation that I'm a good writer.

I think no matter which way a person goes, it's still a lot of hard work and effort. But then, I guess writing is too.

Your hands aren't tied until you sign a contract. Get your stories written and keep adding, improving, and moving upward. No telling what anyone is going to like six months to six years from now.

What great advise! Said like a seasoned pro. Thank you.

Well, as you know Sheri, I have plenty to say about this and I give advice daily. LOL I have been traditionally published by 5 different Publishers. I went Indy 4 years ago and I have 15 self published novels. I now own my own Book Production Company, where I have helped to launch over 50 authors to Indy Authorhood. One clear motto I have: Don't write something for nothing…Get it edited, and then GET READ.

You helped me in more ways…advice, edits, cover art, formatting…Your motto is right on!

I think I know who – whom? you are talking about and I wish some agent would wake up and sign her!! It's a great book. Awesome post on what is a tough decision. Tweeted.

The more we read to educate ourselves, the more confused I get. Just when we think we have the answer, the market changes and we start all over again.

Yes you are, and I bet you have some good stories to tell! Congratulations on being an Owner these days!!

What a surprise when I read this post. I'm personally acquainted with said critique partner. Like, really well acquainted. Ha, yeah, I'm still at a loss to be honest. I honestly don't know which route to take anymore. I'm hanging on in there, but as time passes, I think I'm losing the luster for it. It's more a matter of biding my time until I can finally make a semi-decent decision (that I feel is right). It's tough. I thought writing the story was difficult. Ha, that's not even half the battle. I sort of wish I could have the… Read more »

Yes, you know the Historical writer of whom I speak! 🙂 Going back in time to when our only focus was writing the book would be nice. A "do-over". If we could just stay in that moment without the stress of publishers, marketing, promotions, and blogs. When all we knew was that we had to write the damn book.

I hope your find your pot of gold soon … or rather someone finds YOU!!

Oh yeah, and just because no one has said it yet. "There can be only one."

LMBO! I hope someone other than me gets your joke….

I've gone the more traditional route. After 20+ rejections, I signed with an agent. She saw something the others didn't and took the time to teach me. She did a hard edit of my manuscript, made me remove all said tags, most uses of that, just, very and -ing words. She also taught me pov basics. We did two rounds of edits before she felt the manuscript shone enough for her to "shop out." Within two weeks I had contract offers from two smallish ePubs. After several titles with the e-publisher I chose, my agent convinced me I'd grown enough… Read more »

Vonnie, you're living the dream, girlfriend! Congratulations on a rockin' career! And, just a side note, I'm kickin and screamin' about something all the time. Today it was getting my taxes in order, yesterday it was productive writing time. Like you, I've met some wonderful writers since starting up and I wouldn't trade 'em for the world either. Thank you for stopping by and leaving your comment.

I'm embarking on the journey, perhaps I'm lucky and don't know it. My first baby will be published by TWRP when my editor and I finish edits. If that ever happens! I know it will. It is part of a series my writing group is doing for TWRP so it is allowing well published authors and new authors to mix and mingle. That being said, the publication part is easy for me this time. I understand marketing is next. However, I've been hearing that self-publishing is now the "way to go". I have a young friend I have attended the… Read more »

I would be very interested in hearing how you compare and like the differences in publishing styles, Winona.

From the various comments above, everyone has an opinion based on theirs or someone else's experience.Just because mine with an epublisher didn't turn out well doesn't mean I rule them out. No way! And I've heard great things about TWRP (they had offered me a contract that I passed up *kick-kick*) Best wishes to you!

Great post, Sheri. I went epub first because I was invited to write a novella for that specific publisher and decided to go for it. I still submit to traditional houses in hopes of selling to one or more. And I might try to get an agent this year. 🙂

When I switch "worlds", I might try for an agent again. It's been a dream of mine to have representation, it's the deadlines I'm scared of!