Welcome to FRIDAY FLAMES!
Today’s special guest is none other than Funny Girl
Melodie Campbell
She’s sharing an excerpt from her hit romantic comedy: 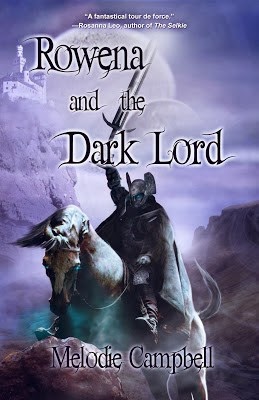 I screamed.
“Don’t kill him!”
Cedric turned to me. His eyes were that brilliant
green that lacked soul. He sheathed his sword, and as he did, the dark green
eyes returned to normal.
“I haven’t. He’s merely in a daze. It will pass in an
hour.”
He snorted then.
“I could have killed him. I wanted to. Consider it my gift to you that I
didn’t.”
I sat, immobile. The draw was starting up again, slow,
insidious. As long as Cedric was occupied with defense, I could fight to keep
my mind independent of his. But when he turned his full attention upon me…I
shivered.
“He can’t kill me—none of them can kill me.” He spat
in the direction of the body. “Do not think you’ll be rid of me, Rowena. I
can’t be killed.”
Dear God, what did he mean by that? Was he no longer
human?
He moved to the window with startling speed, eyes
sweeping the land for riders. “I don’t blame you for this. I hardly blame him.
You are too much a temptation. I need to get you back to Huel.”
He spun back, eyes on me again. I cried out from the
pain of it and I felt his answering howl, as the draw shook him where he stood.
“Damn the gods! How can I hold my powers at bay with
you so close—“
He was across the room in a second, down on the floor
over me, gathering me to him. The pain gave way to unbelievable release—not
joy, oh no, never joy—but like a cage of pain being ripped away. I didn’t try
to resist it. No, I didn’t resist his hand in my hair, his lips on my throat
moving down and down. Already, my legs were moving apart, betraying the
thoughtless, helpless creature I was becoming.
His mouth moved down further and I let him, dear God,
I welcomed it, his mouth on my skin, knowing me, claiming me, and then…
I jerked and cried out when he entered me. He roared
like a lion, pulled back, then burst forward again, and I grabbed his tunic
hard and pulled. The cloth ripped in my hands, and I heard him laugh like a
demon. His face came down on mine, and we were drowning, fighting for air, and
I let go—gave in to the madness, and the waves roared, and the room pitched,
and I was one with something greater than human—
The room was still now. I opened my eyes. Cedric was
sitting cross-legged beside me on the floor with concern on his face. Concern?
“I lost you for a time there,” he said. “How are you
feeling?”
This was an
old Cedric—a Cedric from before the magic had ruled him. 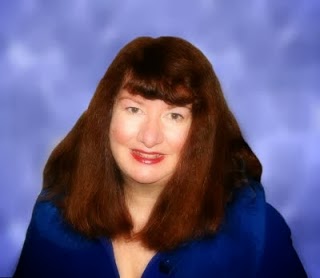 Melodie
Campbell achieved a personal best this year when Library Journal compared her to Janet Evanovich.  She has over 200 publications, including 100
comedy credits, 40 short stories, and 5 novels. She has won 6 awards for
fiction and is the Executive Director of Crime Writers of Canada.
www.melodiecampbell.com
ROWENA AND THE DARK LORD, book 2
in the Land’s End series, is NOW AVAILABLE
http://www.amazon.com/Rowena-Dark-Lord-Lands-ebook/dp/B00CIZZS70/ref=sr_1_3?ie=UTF8&qid=1367004079&sr=8-3&keywords=rowena+and+the+dark+lord
ROWENA THROUGH THE WALL, book 1
in the Land’s End series “Hot and hilarious!” (Midwest Book Review)
http://www.amazon.com/Rowena-Through-Wall-Expanded-ebook/dp/B007B4Q868/ref=sr_1_3?s=digital-text&ie=UTF8&qid=1367012382&sr=1-3

Please feel free to share a HOT excerpt of your own (don’t forget buy links) or comment on what you’ve read.

Have a blistering day! 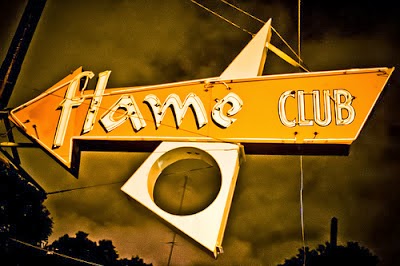 The Rowena books are fantastic – don't miss them!

And here's a quickle (sorry, couldn't resist!) from my novel, WAKING DREAM… Sara is standing in the shower. Her breathing is shallow, her heartbeat is racing. She’s not alone, and she can hear herself moaning at every touch, every kiss from her husband. He’s on his knees in front of her, and Sara feels as though she’s about to explode. She’s more than satisfied with their sex life, but it’s never been quite like this before. She’s so caught up in the proceedings that she doesn’t really notice the sudden cold draft, but she does see something out of the… Read more »

I've read 3 of Melodie's books and found I couldn't put any of them down once I'd started reading. 🙂 That said, now I have to read your book, James!

From Shot Through The Heart He brushed a strand of hair off her cheek. His fingers were gentle, and she tipped her head toward his caress. He slipped his fingers behind her neck and brought her lips to his. The kiss, like his touch, was tender.She splayed her fingers across his chest. Under them, his heart pounded. Derrick’s mouth urged hers open, and their tongues danced together. He lifted her so that she straddled his lap. She pressed against him until his erection rose against her belly. A longing so fierce it rocked her took Laramie by surprise.She reached for… Read more »

HOT HOT HOT!!! And this is a great line: Her shivers turned torturous when his tongue dipped into her navel.
Thanks for sharing the heat!

Absolutely adore Melodie's books. They have it all.

This sexcerpt is taken from my novel, Love's Prophecy, book #1 in the Prophecy Series. With a tug, Breeana pulled her borrowed T-shirt over her head then smoothed her hands up her sides and cupped her breasts. Her thumbs flicked her nipples until they hardened. His burning gaze remained riveted on her breasts. Drunk with sexual power, she ran her palm over her stomach, then touched herself between her thighs. Mel growled, low and throaty, and his fangs slipped into view. His grip tightened. He pushed his erection against her bottom as his eyes, completely black now, narrowed. His breath… Read more »

You know how much I amore your books! But the way you've described your vampire's penis….WOW. Scorching hot.
I'm turning the fans on now!

Gals and James, thank you so much!
And now, the funny part. I've just come from the Ontario Library Association conference in Toronto, where I helped to run a very proper Crime Writers of Canada event, and read from my quite tame Goddaughter series to very proper librarians.
Damn, but it's good to get back to the racy stuff here!! Thanks for posting this, Sheri.

I bet they're only proper in public. But in private, or in the privacy of their eReaders, they're not tame by any means! I know of one librarian who writes racy, steamy, HOT romance!
You're welcome any time, Melodie!!

I just may know that librarian 🙂 I even looked for her at the conference. We were both, of course, at our 'proper' best.