We’re going to burn it up with a hot excerpt from D’Ann’s latest release: 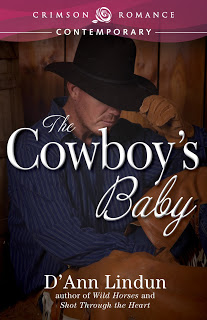 He kissed her.
This time it wasn’t slow and easy. His tongue ravaged
hers. Tasting, teasing. Pulling away, rushing back. Like a starving man, he
devoured her mouth. And she kissed him back just as eagerly. She couldn’t get
enough of him. She cupped his face with her hands, the slight stubble on his
jaw grazing her palms.
He tugged at the edge of her sweater and she reached
between them to undo the clasp on her belt. It fell away and his hand spanned
her ribcage, the heat from his hand searing her skin. His fingers brushed the
underside of her breast and she moaned.
She pushed him back until he lay stretched out on the
sofa with one foot braced on the floor. Crawling up on him, she nestled between
his legs, his erection obvious against her stomach. She wiggled and he groaned
into her mouth. Pleased, she did it again.
“Lady, stop,” he begged hoarsely.
Instead, she kissed him once more.
His hands slid under her sweater, running them up her
back. His palms were rough from work and their raspy texture against her bare
skin created a wave of pleasure through her. The clasp of her bra gave way
easily, freeing her breasts. Her nipples hardened more than she thought
possible. “Make love to me.”
She reached for the hem of her sweater and froze in
surprise when he placed his hand over hers. “Are you sure, Cat?”
All the reasons they shouldn’t be together raced
through her mind. She looked into his deep green eyes and they vanished. “I’m
sure.”
He took her breast in his hand, large fingers fanning
over it. Capturing her nipple between his long fingers, he pinched until it
stood erect. Even the lace of her bra against the tip almost too much to bear
when he released her to shove her sweater up around her neck. She helped,
sitting up to give him room to get it over her head. Her bra fell away,
unnoticed.
Topless, she knelt above him and observed as he undid
the zipper on her jeans. Through half-closed eyes, she watched him slide the
denim past her hips. His big hands on her bare skin sent a shudder through her.
“You’ve got to stand,” he said in an unsteady voice.
Using his chest for balance, she stood and let her
jeans fall to her feet. Carefully, she stepped out of them. Illuminated only by
the firelight behind her, Cat stood completely nude in front of him. She fought
the urge to cross her arms over her stomach, to hide the stretch marks a long
ago pregnancy had put there. Instead she lifted her chin, dangled her hands at
her sides and stood proudly before him as his eyes roved over her. Only a
hungry passion burned in their depths. No disgust. No revulsion.
He rose off the couch and shrugged out of his shirt
and boots. When he reached for the zipper on his jeans she placed her hands
over his. “Let me.”
His hands fell away. And it was his turn to watch as
she freed him.
He lifted his hips and helped her slide his jeans down
his long legs and over his feet. She eyed his erection and licked her dry lips.
They fit, she knew that, but right now she didn’t remember how she’d
accommodated his size.
“Come here,” he urged.
When she hesitated for another moment, he placed a
hand on her hip and pulled her forward. To keep from falling on top of him, she
stretched out beside him. He covered them with a red and black plaid blanket
from the back of the couch. With a quick flip, he moved over her.
She looked into his eyes. “Tanner?”
“Uh-huh?”
“I still don’t have a condom.” She thought bitterly of
the box she’d purchased earlier, still stowed in the grocery bag.
He kissed her, then said into her ear. “I do.”
Bio:
Falling in love with romance novels
the summer before sixth grade, D’Ann Lindun never thought about writing one
until many years later when she took a how-to class at her local college. She
was hooked! She began writing and never looked back. Romance appeals to her
because there’s just something so satisfying about writing a book guaranteed to
have a happy ending. D’Ann’s particular favorites usually feature cowboys and
the women who love them. This is probably because she draws inspiration from
the area where she lives, Western Colorado, her husband of twenty-nine years
and their daughter. Composites of their small farm, herd of horses, five
Australian shepherds, a Queensland heeler, two ducks and cats of every shape
and color often show up in her stories!
I love to hear from readers! Please
contact me at:
dldauthor@frontier.net
http://dlindunauthor.blogspot.com/
http://www.facebook.com/DLindunAuthor
http://www.amazon.com/DAnn-Lindun/e/B008DKL9TU
Do you have a STEAMY HOT excerpt to share?

Perhaps you’re here to read a little and find your next bed-buddy-warm up.

HOT!!! I love it! And can't wait to get this book in my hands 🙂 Another Winner for D'Ann 🙂

One of your best, D!

D'Ann, your excerpt was so damn good!!!! Bravo!

I love D'Ann's writing!! It's yee-haw good! Here's a steamy excerpt from the first book in my Centaur series – Remedy Maker: “Should we practice our joint effort, polytima, and see how good we can be together?” How much hotter could they possibly get? Much as she hated flames, her body burned hot enough to internally combust. “Rhycious!” she cried out, going for a scolding tone. But it came across like a sensual invitation. His arm tightened around her waist, drawing her the wasted millimeter of space nearer. Patience’s mind spun. A man who wanted her was holding her in… Read more »

Very very nice. Sounds like a book I am going to read:)

Whew! All these sexy scenes make me want to….write one!!! LOL!
Tweeted!

Great excerpt – it is HOT in here 🙂 Here's mine from my historical romance Viking Fire: Outside he released her, but blocked her path to re-enter the hall.The music resonated around them. Leaning against the far wall, she crossed her arms.She was two feet away from him, but he was too close. “I thought the air would clear your head.” He cocked his eyebrow, examining her. “My head is fine, thank you.” “Aye, and the rest of you is fine to look at too.” His thick dialect chased shivers through her. Her hands smoothed her gown. She caught herself… Read more »

Hot stuff today! Here's mine, from "Dream Student" I don’t dream, as far as I can remember, and I don’t see anyone else’s dreams. I wake up well-rested and ready to face the day. I’m especially glad about that, since this is the day my boyfriend will be back. His flight is supposed to arrive at one-thirty in the afternoon, and I call the airline at noon to confirm it’s on schedule, which it is. I go back to the card I’ve been trying to finish writing all morning. I have to get it exactly right. I pick up where… Read more »

Thanks, all! Thanks, Sheri, for having me on today!

Congrats D'Ann! Now I want to know more about that Cowboy! <3

Wow, is that how undressing to make is supposed to go? I've been doing it all wrong. (I inevitably smack the guy in the had as I try to wrestle out of my clothes. For safety sake, we normally split and shed out own clothes. Really takes the heat down. I'll make the next guy act out this scene with me. Seems much more romantic.

Love the cover too. Great start to to your blog tour.

Talk about hot! All the excerpts are wonderful. D'Ann loved yours and the cover. Sorry I'm late, we had a power outage yesterday. Tweeted.

Thank you! Liza, you are so silly! LOL