Shallow breaths, parted lips. Sexual tension on the page is what makes up
Friday Flames.
If you’re an author, I invite you to share your smoking hot scene and buy links.
If you’re a reader, I dare you to read with your mouth closed 🙂
My special guest this week:
Grinelda Markowitz 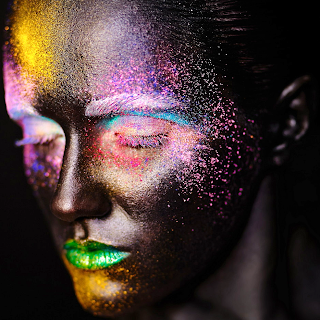 BIO:
Grinelda
Markowitz (Author, Writer, and My Own Girl Friday)
Grinelda
Markowitz writes erotic fiction across multiple genres. She resides in a galaxy
far, far away with a trusty pen, a never-ending supply of paper and a fertile
imagination. The Moon-kissed Chi, her first e-published book in the genre of
erotic fiction, is available on Amazon and Smashwords.
For a bit
of recreation I enjoy clay work and attending symphony.  I meet up with friends as we are all able to
sync our schedules and I maintain a fairly active virtual life.  Eating out is a passion for me.  I’m always glad to find a new restaurant
which warrants a return visit.  I provide
administrative support for the BTS Book Reviews eMag (btsemag.com) and am also
a Promotions Coordinator for BTS Promotions.
I work at a
book store part time.  How cliché,
huh?  And, I also maintain a part-time
bread-and-butter job as well.  BION, I’m from California but mislocated to Texas.  We actually have a drive-in theater here, so
the trade off is manageable.  I find that
embarking on a serious approach to writing rather than the hit-and-miss efforts
of previous years has provided a level of focus (yes, I’m a wanderer and a lone
wolf) that I had not experienced before.
Thank you,
everyone, for stopping in.

Now for her book!
Title:
The Moon-kissed Chi (The Kalaydan Chronicles:  Book I)
Author:
Grinelda Markowitz
Genre:  Sci-Fi / Fantasy Erotica
Content Rating:
Not PG-13
BLURB:
In the cities of Kalaydan,
Arrinay and Bezhyanya, the senior members of the ruling family, are faced with
the early maturation of their daughter, Gayadnae.  She must start the training.  It’s Kalaydan law.  Their daughter has other ideas.  After concocting a plan to avoid
responsibility and almost succeeding in carrying it out, Gayadnae’s life takes
an unexpected turn.
Grayt, the
ever-present serving woman to Arrinay, fills many roles and has her fingers in
a number of pies.  There’s definitely
more to her than is apparent on the surface.
Along with coordinating activities in the Main House, keeping the young
mistress in line, and talking to horses, Grayt has a more secret agenda with a
graver responsibilities.
A hint of
trouble on the horizon and other darker activities weave their way through the
backdrop of this delightful tale which takes place in the city of Kalaydan. 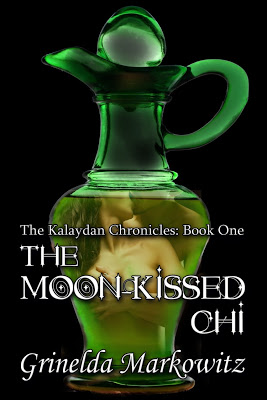 “I’m not worried about food right now.” He pressed his lips against the curve of her neck before asking, “Your first time shooting one of these?”
Her breath came out in a rush as desire crashed through her, making her nipples pucker against the fabric of her bra. “Yes.”
“How does it feel in your hands?” he whispered in her ear.
“Hard.”
“And?” His fingers slid down her arms and finally wrapped around her hands.
“Dangerous.” Her thighs started to tingle, her panties dampened, while her core yearned for him.

Talk about leaving us hanging!! Awesome excerpt Wendy! Thank you for sharing.

This is what Friday Flames is all about. Hot excerpts and pulse racing tension!

WOW, Grinelda. Your scene was smoking hot! My sexcerpt is from my novel Love's Prophecy, first runner up in the 2012 RONE Awards. Mel laid Breeana down, stripped her jeans off, and tossed them to the floor. Her legs flopped open and he almost came right there. The sight of her sheer pink panties, wet with her honey, fueled his desire. He dropped to his knees, eased her panties to the side, exposing her sweetness. “I can't get enough of you. No matter how many times I have you, it'll never be enough.” He bent forward and sucked her into… Read more »

Holy panty ripper! Who needs bodices when Mel's in the house? Yee-Haw!!

I can see why Love's Prophecy is a winner in the RONE awards – Congratulations!! If you get a chance, please post your buy link. I know there are those you NEED to read more of your delicious story!! Thank you for stopping by – WHEW!

Thanks for your kind words, Sheri.

Only speakin' the truth, sexy-girl! 🙂

this is way hot makes one want to read more

Um…Yum!! I don't think my RS scenes can compare to that, lol! Whew, gonna go find a fan 🙂

I beg to differ. I've read your books and you have HOT scenes! You have sexual tension that requires fans on high and plenty of iced tea on hand. I say go for it, Jennifer!

Very hot stuff this morning! Here's something that's (as usual from me) more romantic than steamy, from my new book "Waking Dream" (coming out next week)… The next thing I know, I’m lying on the bed – the brand new bed that I didn’t even know we had. And then he’s lying next to me, completely out of breath, his arms shuddering with the effort of hauling me all the way up here. I let him take a few minutes to recover, while I look around at our new bedroom. Everything in here is something I saw in the furniture… Read more »

This is definitely one to keep an eye out for! STEAMY HOT stuff, James. I'm really impressed with the way you, as a man, can write in a woman's POV. Excellent!

Thanks for coming by!!

My, it's warm today! From my RS Ride A Falling Star: “Just right.”He edged onto the bottom of the bed and took her foot into his hands. Ava tugged away. “My feet are ugly. Too much dancing.”Ignoring her protest, he kissed it again. He made love to both feet with his hands and lips before moving up her leg, sucking, tasting as he went. When it became clear where he was headed, she tried to close her legs. But he placed his palms on each thigh and held them apart. “No, Levi. Please.” “I want you wet for me.” Then… Read more »

*sits up straight and forgets to blink* Pant-pant. You sure can write 'em, D'Ann! WHEW!! Hot stuff.

Doggone it – you forgot your link, but we can search Amazon for the title. Just let me rest a moment and catch my breath first.

I'm loving all the scenes! Here's mine from my paranormal, A Stone Unturned. Nia rose to her feet and unzipped her jeans. Mo raised his arms in the air so she could steady herself using his palms. She slid one leg free, then the other before tossing them on the floor. Next came the tights as she rolled them down her legs, then kicked them to land atop the jeans. She whisked the bracelets off, and tossed them to land atop the clothing.Finally, she stood above him wearing black lace boy shorts.“I like it,” he breathed.“You’ll like this better.” With… Read more »

WOW! If Nia liked watching, I like reading! Thank you so much for sliding by and cranking up the heat on Friday Flames!!

Wowza, it's hot in her today! Great excerpts!

*sets air-conditioning for a cooler temp.* I got ya covered, Heather!

I don't have anything today, but I loved reading the excerpts!! Great job everyone. I'm glad I have the fan going. Tweeted.

Every Friday, the fan is my friend! Thanks for stopping by during your busy tour schedule, Ella!! Muah!

*scoots over* Here, sit with me near the fan. LOL

Wow! Thanks everyone for visiting and especially loved all the steamy comments and excerpts. Sorry to be late to the party. Have been knee deep in minutiae for the last couple weeks. I plan to visit "Friday Flames" more regularly.