I admit – I’m a HUGE fan of paranormal romance author Brenda Dyer. Over the weekend I had the opportunity to read her latest release. 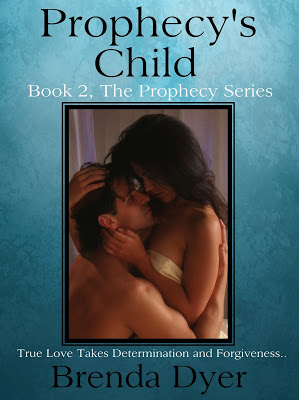 All I can say is WOW. My review that’ll soon go up on Amazon gives Brenda’s book a FIVE STAR rating!

Here’s the blurb on Prophecy’s Child:

His
secret will shatter her world.

Katherine Colby’s life splintered ten
years ago when her lover suddenly vanished, leaving her with more than a broken
heart. But when Kal unexpectedly makes an appearance, her safe, dependable existence
is shattered once more. Drawn into Kal’s deadly world of vampires and demons, she
must now put aside her hurt and anger and learn to trust him. Can she forgive
past deceptions and find the courage to love again? Or will she turn away the
one man who owns her heart and soul?
Her
secret will change his life.

Powerful, and lethal, Kal is a vampire
warrior, sworn to protect humans from demons. Loving Katherine too much to pull
her into his dangerous world, Kal deserted her, believing his decision was best
for them both. But not even time could assuage his yearning for the woman who
has captured his heart. As fate tosses them together once again, Kal must fight
to win Katherine’s trust and forgiveness before evil separates them forever. But
is he ready to become the man she needs him to be? Or will he lose the one
woman he can’t live without?
Sounds interesting, huh??
Excerpt:
Kal rubbed her
shoulders. “Take off your shirt. I need to see you.”
Nervousness put
a damper on Katherine’s arousal. Although she’d been lucky enough to escape
pregnancy without stretch marks, her body had changed. Her breasts were larger
and her hips had a more mature roundness to them. Would he still find her
attractive?
“Kat?”
Only one way to
find out. She grasped the bottom of her green cotton shirt and pulled it over
her head. Thank God she wore her red satin bra and matching panties.
He inhaled, and
his eyes darkened. “Now your bra.”
With trembling
fingers, she unsnapped her bra. As her breasts sprang free, her nipples
puckered. The flimsy garment slid down her arms, to the floor.
“Sweet Jesus.
You’re stunning.” Kal bent and tongued one of her stiff peaks. The light touch
traveled straight to her slick sex. He sucked one nipple into his warm mouth.
The sensation sent a rush of moisture to dampen her panties.
She gripped his
hair, holding herself steady and trapping him where she needed him.
“Kal…yes…that feels so good.”
“You taste so
goddamn delicious,” he growled against her skin before kissing his way across
her chest.
His soft lips
and the scrape of stubble on his jaw created an agonizing ache between her
legs. If this kept up, he’d bring her to orgasm before they hit the bed.
Her other nipple
strained for his attention. His mouth closed over it, drawing the tight nub
deep. A delighted gasp escaped her as his tongue flicked the peak back and
forth.
With both hands,
Kal pushed her breasts together and continued to suckle.
Katherine closed
her eyes. Her world centered on the wet tugging motion. God, she was so hot.
This sweet torture would surely be the death of her.
Releasing her
breasts, he then smoothed his hands over her butt, pulling their lower bodies
together. “Now your pants.”
She stepped back
and undid the button on her jeans. His wild stare lent her courage. The zipper
came next. She shoved the soft denim down her legs.
Pure male desire
gleamed from his eyes. “You’re more beautiful than I remembered.”
Applause!
Oh yeah…now that’s what I’m talking about!
Buy Links:
Amazon: http://www.amazon.com/dp/B00E0R4230
Smashwords: https://www.smashwords.com/books/view/337666 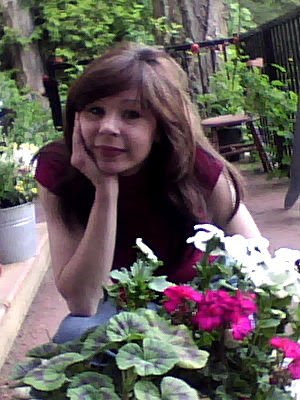 Love it. Love the cover and LOVED the book.From my contemporary romance – Circles Interlocked Robert brushed her cheek. "You wanted to make last night some perfect romantic movie scene, but you were too tired and too tense to enjoy it.""I wanted everything to be perfect for you.""And I want everything to be perfect for both of us." He held out his hand waiting for the glass of ice water.Puzzled, Julie handed it to him. He reached in, pulled out an ice cube then placed the glass on the counter. Sucking the juice off the cube, he held it in… Read more »

LOVED your last two lines! WHEW! I think I'm melting, too. It's great having you at the FLAMES, Victoria!!

Great excerpts. This is from The Temptation of Lady Serena which goes on pre-order next week. His thumbs skated over her breasts, singeing her. Lighting her fires. Serena moaned as need for him exploded through her. He was an addiction. All he had to do was touch her and she was ready to offer herself to him. He lifted her derrière against him. Pressing her to the hard bulge in his pants. “Serena, I need you now.” “Here?” Robert kissed her deeply. “Here” She panted and her heart raced. His hand moved between her legs, stroking. “How much time do… Read more »

Congratulations on the pre-order! Serena is a naughty girl. But then, so is Robert! They're both Flame-worthy! Thanks for stopping by.

Wow, Brenda!!!! Wow, everyone!Mine comes from my almost-released, Ride A Falling Star: Her climax came so fast and strong, she screamed his name. “Levi! God!”He put a second finger inside her and spread them apart. His mouth lapped her. A second wave hit her harder than the first. She panted his name. She let go of the sheets and grabbed his hair as she bucked and cried his name.Still thrumming like a guitar string, she moaned when he lifted his mouth and pulled his finger from her. He planted a trail of kisses up her abdomen and paused to suck… Read more »

Cowboys are so considerate. *sigh*
Love your excerpt!

Wow! Very hot stuff today! I've got a bit from "Waking Dream", which will be out next month… I head into the shower, leaving Brian to go back to bed for a little while longer. But he doesn’t. I turn the water on, and there’s his hand, pulling the curtain aside, and now he’s stepping into the tiny shower with me. It’s not remotely big enough for two, but I don’t care; I feel a warmth spreading all through my body that’s got nothing to do with the hot water. He takes my face in his hands and kisses me,… Read more »

Wow and I should be writing, but I had to stop in today. Thank you Sheri. This is my latest ms releasing mid August"Stand By Me" Volume III in the Blakemore Saga, by Cora Blu, coming soon. Loving teaser if you've read Volumes I & II and know who Kenya and Jonathan are. "Now let your hands slide down to your naval. Draw circles around it with your finger until I tell you to stop."Adjusting her hips on the cushion, Kenya shot a glance around the room. Agitated, she peered back over her shoulder and he waited for her to… Read more »

BRENDA!!! Wow, have you evolved…in so many wonderful ways. Great excerpt and I'm so dang proud of ya! This new book will soar! Did Brenda EVER notice the main girl character's name in My Velvet Series? Nope…kind of did it and forgot to tell ya! lol Ms. Sheri Sunshine: I brought a tiny snippet of Honky-Tonk cowboy fun to The Flames today… from Crushed Velvet: Her cowboy was lying flat out on the big brass bed, helplessly moaning while she licked a trail along his thigh and up to his hard erection. She then followed the silky forbidden path all… Read more »

Yee-Haw!! Ride 'em, Bren!! Fan that stallion with your hat! Love your books, Wicked Leanore. And my husband LOVES that I love your books! *wink-wink*

I'm filled with such happiness with your excerpt here today – and all these HOT, exciting stories just waiting to be snatched up and read.

Hot diggety! What wonderful sexcerpts on the Flames today!