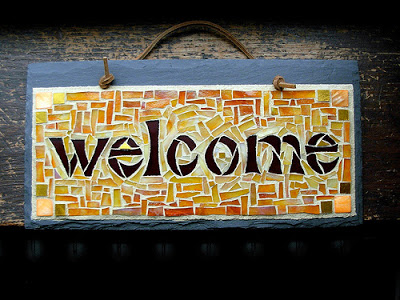 Her sexy books have mythological based characters, and you know that’s right up MY alley! I’m excited she sailed over to share a sensual morsel with us. 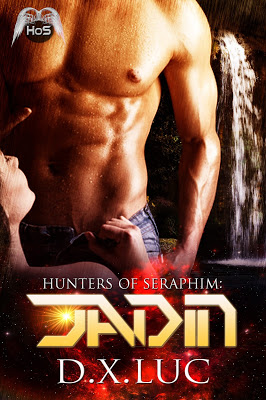 Blurb:
In the year 4411, females dominate the world. Men are now the
weaker sex and all roles have been reversed.

Angela is an
accomplished defense attorney and has grown up in a world dominated by women
but she craves something more. She secretly yearns for a strong dominant
man…not a simpering wimp.

Nestled on an
island far from the world Angela knows are a group of mighty male Hunters.
They’re strong, dominate and sexy and each Hunter is waiting for the goddess
Seraphim to grant him his mate.

After waking from
a drug induced sleep, Angela finds herself on this jungle island, playing a
game of cat and mouse with Jadin… the sexiest man she’s ever seen. He claims
she’s his, but she wants the right to choose.
Will Angela be able to give into
her hearts desires or will a lifetime of embedded teachings prevent her from
having the man of her dreams?
Excerpt:
“I assure you, I want nothing to do with Lydia. I’ve told her
this many times and yet…she still doesn’t get it.”
“Oh, she’s
got all kinds of hots for you, Jadin. Not that I blame her.” Angela
chuckled.
“She threatened me not long ago. Told me that I wasn’t good enough for you.
Man, is she going to give it to me for actually snagging you.”
“I’ll have
a chat with Travis and Kefir. She’s starting to become an embarrassment to not
only her husband, but also herself.”
Angela
waved her hand. “It’s really not a big deal. She’s probably all talk.”
“Hardly.
You don’t know her. She may be cute and small, but she’s by no means cuddly.”
“What do
you mean she’s ‘cute’?” That was the only thing the woman heard? Tilting his
head, he saw fire snapping in her brown eyes. “Just as I said.” Jadin gave her
an innocent glance, his woman’s cheeks were red with her growing jealousy. It
turned him on something fierce. He lay back against the pillows and languidly
stroked his stiffening cock.
“You think Lydia is pretty?” Angela hissed.
“Of
course. She’s got a nice ass and perky breasts.”
Angela
crawled over to here he rested, moving up his body until she straddled his
hips. “Is that so? You’ve looked at her that much have you? Next—you’ll be
telling me you’ve seen her naked!”
“Yes. Once
we bathed together in the lake.” The mischievousness in his voice was thick and
Jadin knew she heard it.
“Oh, hell
no! I’m the only woman you’ll see naked from now on, buddy!” She impaled her
pussy onto his waiting hardness. Jadin sucked in a huge gust of air. All wet
and hot, she dug her nails into his chest, riding him with abandon.
He growled, rolling her under him, matching her frantic
movements with his thrusts. Her body arched, as she offered him a dusky peach
nipple and he took it, suckling as she cried out his name. Her walls trembled
around him, the aftershocks rippling when Angela came down from her orgasm,
fueling him to go on.
Lifting his head, he stared into her brown depths. “Keep
coming for me, Angela. I won’t stop until you pass out from this.” He drew
back, then pounded his hips into her, causing her to scream. “That’s right,
woman. Show me why you were given to me and me alone.”
Buy Links:
Amazon US: http://www.amazon.com/Hunters-Of-Seraphim~Jadin-ebook/dp/B00E6GC3WC/ref=pd_rhf_gw_p_t_1_PPT6
Amazon UK: http://www.amazon.co.uk/Hunters-Of-Seraphim~Jadin-ebook/dp/B00E6GC3WC/ref=pd_rhf_gw_p_t_1_5YFV 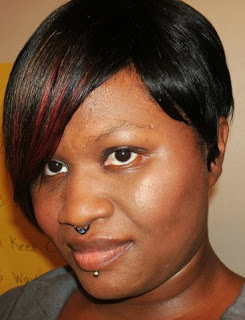 Author bio:
An avid reader since I was a child, I never found a book
I disliked. Mostly, you could find me lost in Shakespeare, Edgar Allen Poe, or
Ernest Hemingway, and my most favorite, Ancient Greek literature. Taking my
love of books, I started writing poetry, short stories, and even helped with
screen writes for my drama club.

After being convinced I had the skills to try my
hand at writing, I went to work on my first story Down the Yellow Brick Road:
Finding Home. And since being published, I’ve not looked back.

Now, as a busy mom of three that homeschools, drives
to activities, and manages to find time to just take a breath, I have to say, I
love being naughty when I get the chance. It’s freeing and I wouldn’t want it
any other way!

Thanks for the compliment Brenda. I do love me some Jadin. Hope you do too!

Thanks for having me today Sheri! I never mind taking a break from the Island to visit you my dear!

Wow, that was super hot!

Thank you for stopping stopping by. The Hunters do have a way about them.

*gulp* Gonna have to get my hands on this book!

Enjoy getting caught by the Hunters!

Yep Cindy, Brenda and Melissa: This Jadin became one hot alpha! The story is so refreshing and unique with some hot sex wrapped neatly within the pages. Great excerpt! Love this spot!!!

You're words are so sweet. Thank you Leanore for always being so encouraging! I'll toss you a Hunter any day!