Yee-Haw! The Flames are fanning hotter than a habanero in the deep fryer!
Before you post your smokin’ hot excerpt, please enjoy a taste from my guest Nikki Lynn Barrett and her book Baby Stetson. 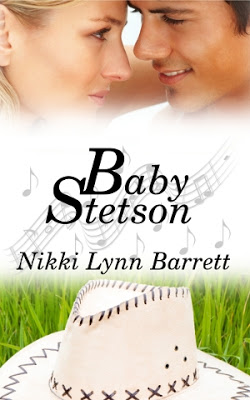 Thanks for having me on the Flames today! 🙂

Can't wait to finish reading this one, Nikki.

I hope you enjoy it when you finish it 🙂 I love these two so much !

Thanks for sharing the hot excerpt! Can't wait to read the book!

Great job! I have got to find time to read the whole thing!

Nikki, awesome excerpt. Your book sounds like a wonderful story!!

This sexcerpt is taken from my soon to be released novel, Prophecy's Child. Before joining Katherine on the bed, Kal stared at her beauty. Her sex glistened with her arousal, letting him know she was as turned on as he. He yearned for another taste of her honey, but if he indulged, he’d surely explode. And he wanted to come while buried deep inside her. She lifted her arms to him. “I’ve waited ten years for this. Please don’t make me wait any longer.” Kal eased himself over her, and she enveloped him in her embrace. He hooked an arm… Read more »

*Fanning my face* Holy wet hotness! *throws the fan and grabs some ice* I LOVE the Prophecy Series!!!

You rock harder than Kal's…well, you get it, hehehehehe.

Wonderful Excerpt and MY kind of book! It looks so sweet and HOT! Since we're vistin' Texas? Let's pop on over to the Stud Ranch in Victoria…From the Velvet Series: Crushed VelvetHis smile was dazzling and his electric eyes bore into hers. “I’m gonna show you a unique phenomenon, female.”Female? Kanda vaguely wondered at this word being thrown around. Was it a joke? A safe word? Before she could form the words to ask, he surprised her again. With ease, he grabbed her waist and raised her up from the water.Her breath caught in her throat as he held her… Read more »

Cowboys and their "tools". Thank God they know how to use 'em! Yee-Haw!!! Thank you for another scorchin' hot excerpt! I love Leanore Elliott books!! Your Velvet series is seriously steamy.

That was a fantastic excerpt, Nikki.