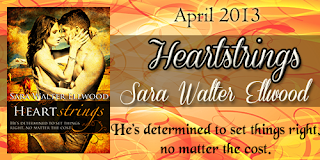 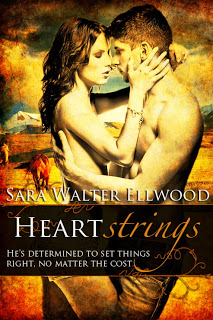 Abby
didn’t remember much of the drive home. Like a man possessed, Seth pulled into her
drive and skidded to a stop on the loose gravel of the driveway.
He
unfastened his seatbelt and leaned over at the same time she knelt in the
leather seat facing him. Her arms went around his neck. His went around her
waist and pulled her as close as the center console would allow.
Their
lips clashed together, and he slid his hungry tongue into her mouth. She tasted
the spicy passion sizzling between them, tangled her fingers into the strands
of his hair, pulling him even closer. One of his hands slid up her side to
cover her breast; the other slipped under her skirt and stroked the skin of her
thigh, then slipped under the edge of her panties. When he stroked her, she
shivered at the sensation of his rough hand so intimately touching her.
“Damn,
you’re so wet.” He moaned as she sucked on his lower lip and nibbled on the
captured flesh.

“Don’t
stop.” She shivered again and her breathing went ragged. She was too close to
the edge to not fall over it. When he slipped a finger inside her, it was too
much. She clung to him as the shudders of her orgasm raked over her.

When
she finally opened her eyes to meet his, he groaned as he pulled his hand away.
His eyes were dark in the fickle light of the moon and porch shining through
the windshield, but they burned with need.
“Let’s
go inside,” she whispered against his lips.
He
rushed around the SUV and yanked the door open. She went into his arms,
wrapping her legs around his waist and her arms around his neck. He stopped and
his breath hissed out of him, breaking the kiss.
“What’s
wrong?”
He
untangled her legs from around his waist and shifted her into a bridal carry.
“Trust me this way is safer. Or I’ll strip you right here.”
“At
this point I don’t care,” she murmured and pulled his mouth back to hers. “I
want you inside me.”
He
carried her to the front door. She fumbled with her key, while he suckled the
soft skin behind her ear, making it damned hard to concentrate. When she
finally got the door open, they didn’t bother with the light; he went straight
through the house to the master bedroom.
He
set her on her feet and buried his fingers in her hair as he kissed her. She
pulled his shirt out of his jeans and yanked open the pearl snaps. His chest
quivered under her touch. He broke the kiss as she explored the hard muscle and
contrasting textures of the curls and smooth skin.
She
undid the clasp and tie, then he shucked the shirt. She bit her bottom lip as
the dim moonlight from the windows limned his wide chest and muscular
shoulders. She ached for him and couldn’t wait much longer. As she reached for
his belt, he reached around her and unzipped the dress.
He
took possession of her mouth, his tongue plunging deep, imitating what they
both wanted. Before his jeans slipped down his toned legs, he pulled a condom
from his back pocket and placed it on the bedside table. He pushed the dress
from her shoulders and it fell to the floor, followed by her bra and panties,
then he lifted her against him again and laid her on the bed.
Moaning
his name deep in her throat, she arched against him as he brushed his thumb
over a puckered nipple. She reached between them and found his heavy erection.
He broke the kiss with a hiss and caught her hands.
“You’ve
got to slow down, baby.” He pulled her arms over her head.
“I
don’t want slow.” She arched her body into him again. “I want you inside now.”
He
growled and nuzzled her neck. “Jesus, I think you’re gonna kill me.”
“No,
you’re killing me.” Was that breathy voice hers?
He
shuddered then pulled back. “How can I want you this much?” he asked in a
gravelly rumble that stilled her heart. “How did I survive without having you
before now?”
For
a long moment, she searched his gaze. What did he mean by that? “I swore this
wouldn’t happen. But I want you so much I can’t breathe.”
Trailing
openmouthed kisses down her throat, he stopped to nibble on the skin over her
racing pulse. His facial hair tickled her oversensitive skin as he placed soft
kisses over her breasts and suckled on the hard points of her nipples.
“Seth,
please.”

He
took the condom and quickly sheathed himself. Her heart pounded so fast and hard
against her ribs she feared it would crash out of her chest. He was so big and
it had been so long since she’d had sex. She hoped she could take him.

When
he lay over her, he captured her lips with his. Legs wound around his hips, and
arms clasped his shoulders, she held on to him, afraid to let go.
When
his erection touched her, he closed his eyes and groaned deep in his chest. She
moved against him, and he entered in a single thrust.
“Oh,
God, Abby…you feel so good.” His head went back; his jaw clenched taut. His
shoulders and chest tensed. He was so beautiful, her soul wept.
“Seth.”
He
met her gaze with one heavy with desire as he moved over her and within her,
finding the perfect rhythm.
Her
nails bit into his shoulders as she urged him to move faster. Her body pulsed
around him, taking him deeper. He consumed her, and she wanted to consume him.
He dove into her over and over again, rushing them both to completion.
He
gripped her hips, lifted her, angling her pelvis. She cried out at the jolt of
pleasure flowing through her. A rattling groan came from his chest as she
tightened around him, drawing him deep into her. His biceps bulged, and his
face contorted with strained control.
Had
she ever felt like this?
She
screamed when the orgasm hit. Wave after wave of ecstasy washed over her heated
flesh, and light burst behind her eyes. Calling out his name, she held on to
him and rode out the storm.
He
plunged into her one last time, and his sweat-slicked body stilled over hers,
the muscles under her hands becoming as firm as granite. Growling her name into
her neck, he followed her to fulfillment.
Blurb:
He’s determined to set things right, no matter the
cost.
The last person
Abby Crawford wants to face down is country music superstar Seth Kendall. Last
time she did, she flat-out lied so he’d go to Nashville without her. She’s
never understood why their mutual best friend proposed, but she went with it so
her baby wouldn’t be fatherless. Now she’s a divorced mother of a teenager, and
secretly Seth’s biggest fan.
Seth is home in
McAllister, Texas for his father’s funeral…and a chance to meet the daughter
he’s never known. He’s willing to face the music of his own making and admit
he’s known about his little girl all along. For fifteen years he’s kept his
distance because Abby told him to follow his dreams without her, insisting she
didn’t love him. But now he won’t leave until he knows his daughter and she
knows him, even if it means facing the woman who broke his heart for good.
Confessing she’s
lied about her daughter’s paternity all these years won’t be easy for Abby,
especially with her ex blackmailing her to keep the secret. And Seth doesn’t
know the hardest truth of all: Every love song he plays on his guitar still
plucks her heartstrings.
CONTENT WARNING: Spicy
sex. 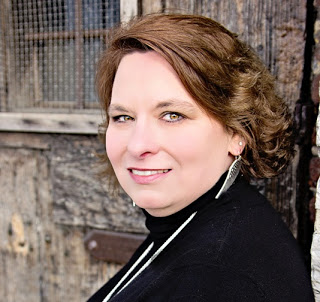 Bio:
Sara Walter Ellwood is an award winning author
whose novel Gambling On A Secret was named by bestselling author Carolyn
Brown in the Happy Ever After Blog on USA Today as one of her favorite
romances of 2012. Although Sara has long ago left the farm for the glamour of
the big town, she draws on her experiences growing up on a small hobby farm in
West Central Pennsylvania to write her stories. She’s been married to her
college sweetheart for nearly 20 years, and they have two teenagers and one
very spoiled rescue cat named Penny. She longs to visit the places she writes
about and jokes she’s a cowgirl at heart stuck in Pennsylvania suburbia.
She also writes paranormal romantic suspense
under the pen name of Cera duBois.
Buy Links:

Amazon:  http://www.amazon.com/Sara-Walter-Ellwood/e/B00AWHTNMW/ref=ntt_athr_dp_pel_pop_1
Barns and Noble: http://www.barnesandnoble.com/c/sara-walter-ellwood
iTunes: https://itunes.apple.com/us/book/heartstrings/id595340436?mt=11
Author Links:
Website:
http://www.sarawalterellwood.com
Blog: http://www.sarawalterellwood.com/blog/
Facebook: http://www.facebook.com/sarawalterellwood.ceradubois/
Twitter:
http://www.twitter.com/sara_w_ellwood
Goodreads:  http://www.goodreads.com/author/show/6869635.Sara_Walter_Ellwood
Giveaway:
***Please leave your email
address to be eligible***
~~I will be giving
away two ebook copies of Heartstrings at the end of each week
of the tour, so make sure you leave your email address.
~Tour Grand Prize
is a swag pack full of goodies! A signed copy of Carolyn Brown’s Just a Cowboy and His Baby, an ebook copy of my last release Gambling On
A Secret, a notebook, a pen, custom jewelry set, $5 Starbuck’s gift
card—all tucked into a keepsake box. (Sorry, only US residents are eligible.
Comparable International Prize: $25 Amazon Gift Card.) *Swag pack(gift card) is
for the entire two-month tour. Winner will be announced on June 1, 2013.
Subscribe

Holy hottness! Love the excerpt and just added this to my wish list.
email addy is ck1290@charter.net

Hi Cindy! Thanks for stopping by!! Good luck 🙂

Flicks on the air-conditioning.

Thanks ladies! At least my excerpt won't be adding to the hot water bill….Cold showers are cheap.

*makes note* Shower with a friend…

Wow, Sara, that was a smoking HOT scene. I thoroughly enjoyed it!

Can't wait until YOU are the headliner for Friday Flames!

Thanks, Brenda… I can't wait until you headline either!

Thanks for stopping by, Nikki!!

Thank you so much! Hope you're enjoying it, Nikki!

Congratulations on the new release, Sara. Loved reading the excerpt!

Hi Melissa! Thanks for popping out of your writing cave and stopping by. 🙂

Thanks, Melissa… Glad you enjoyed it!

That was a very nice excerpt

Wow, that was hot!! I tweeted.

Better sit next to the fan, Ella! LOL

I agree with Sheri. Here's the fan. Thank you for always tweeting, Ella. That is so nice of you!

::Fans self:: I cant wait to read more!
-Amber
goodblinknpark(AT)yahoo(DOT)com

Whew! It sure is getting hot in here! LOL Thanks for stopping by!